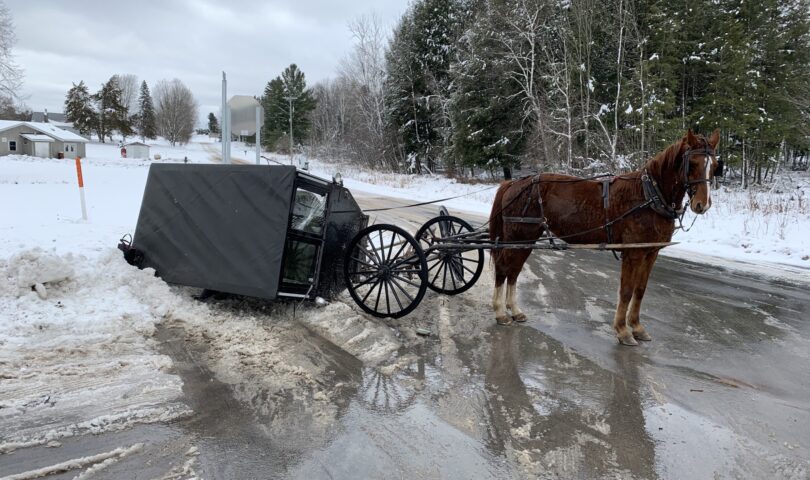 OSCEOLA COUNTY, MI.— On Tuesday, December 22nd, 2020 at approximately 2:19 P.M., troopers from the Michigan State Police (MSP) Cadillac and Mt. Pleasant Posts were dispatched to the area of M-115 at 70th. Rd. for a crash involving a horse drawn buggy and a Chevrolet Tahoe.

Further investigation revealed the Tahoe was traveling east on M-115 and the horse and buggy were stopped at the stop sign on 70th Rd., facing south. The driver of the buggy lost control of the horse and pulled into the path of the Tahoe, colliding with the vehicle.