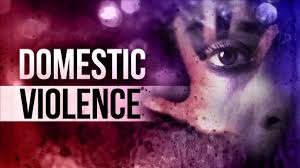 SAULT STE MARIE, MICH. On December 5, 2020 at approximately 8:30 p.m. a trooper from the Michigan State Police (MSP) Sault Ste. Marie Post responded to a reported domestic violence incident at a residence in the area of M-80 Highway near Lakeview Road in Kinross Township, Chippewa County.

The suspect, a 42-year-old man from Kinross, Michigan, was alleged to have committed an assault on an individual who he had a domestic relationship with. The suspect was further alleged to have interfered when the complainant was attempting to call 911.

Following the trooper’s investigation, the suspect was arrested and lodged in the Chippewa County Jail for aggravated domestic violence, tampering with electronic communications (which is a felonious offense), and for violating a personal protection order.

MSP was assisted by the Chippewa County Sheriff Department.

Editor’s note: EUP News does not release the names of any party in a domestic violence situation unless circumstances require it.