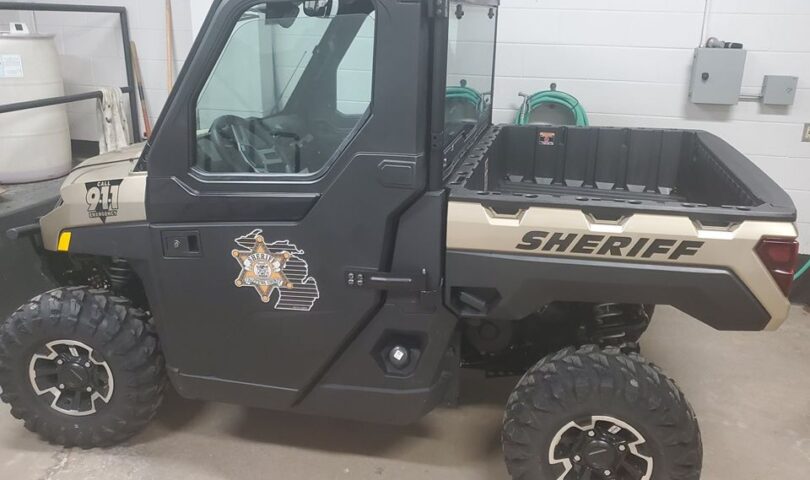 The Chippewa County Sheriff’s Office is putting the final touches on their new Side-by-Side. This ORV was purchased with a grant and will be on the trails this summer.

The ORV will be used to patrol remote border areas from Whitefish Twp to the far end of Drummond Island. It may also be used in Emergency search and rescue and Drone operations when needed.

We would like to thank Kathleen Vansloten for DONATING the decals for our new ORV.

We will see you out on the trails.

Thank you and BE SAFE!