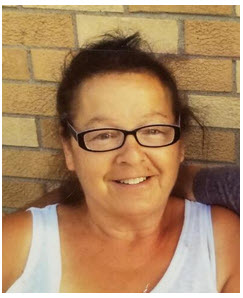 Nancy was born in Sault Ste. Marie, Michigan to the late Floyd John and Catherine Elizabeth (Edwards) Cook.  She graduated from Sault High School with the class of 1974.  Nancy married Bob Albon on March 21, 1981, in Sault Ste. Marie, Michigan. She was a member of the Sault Tribe of Chippewa Indians. Her greatest joy was taking care of her family. She also enjoyed peacocks, traveling, and shopping. Nancy worked for the Long Ships Motel as manager for over 26 years.

Nancy was preceded in death by her parents and one brother: Donny “Biz” Cook.

A private family funeral service will be held on February 20, 2021, at C.S. Mulder Funeral Home. Public burial services will be at Oaklawn Chapel Gardens later this spring.