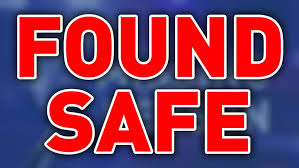 CHIPPEWA COUNTY, Mich., (WPBN/WGTU) — An Upper Peninsula couple is safe after being found on Drummond Island.

According to Chippewa County investigators, Central Dispatch received a 911 call from the couple on the island in the early evening hours on Wednesday.

One of the lost people was able to communicate a general location in a remote area of the island thanks to intermittent cell service.

The sheriff’s office was able to use their drone and ORVs to search for the lost couple.

They were found safe before midnight.