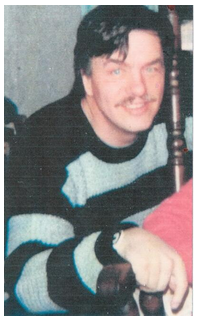 Glenn Edward Dow, age 73, passed away Friday, October 2, 2020, at his home in Raco, Michigan surrounded by his family.

Glenn was born on December 5, 1946, in Sault Ste. Marie, Michigan to the late John and Lillian (Andrus) Dow. Glenn was a graduate of Sault High School with the class of 1967.  He served in the United States Army during the Korean and Vietnam Wars.  He was a member of St. Joseph Parrish of Rudyard, Michigan. He worked as a groundskeeper for the National Forest Service retiring in 2006. He loved to garden and all his animals.  He enjoyed keeping busy building things and hunting. Glenn married Lisa Mongene in Sault Ste. Marie, Michigan on December 7, 2007. Glenn is survived by his wife Lisa Dow; his children: Ashley Dow, David Tadgerson, and Jennifer Tadgerson all of Raco, MI. Glenn is also survived by his sister: Marion Lytle of Sault Ste. Marie, MI; and his father-in-law: Fred Mongene.    He was preceded in death by his parents and his brother: Doug Dow.

A funeral service will be held at 2:00 PM on Thursday, October 8, 2020, at C.S. Mulder Funeral Home. Friends may call at the funeral home from 1:00 PM until the time of the service. Burial with military honors will be held at Hillcrest Cemetery in Raco.