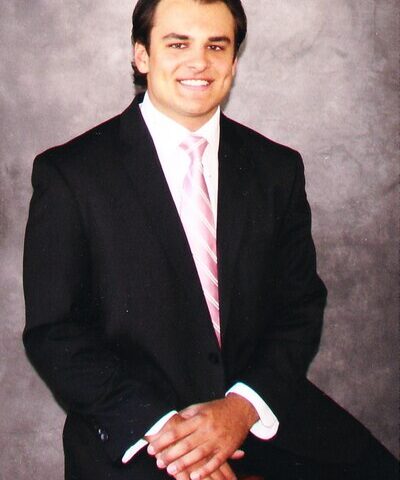 He was born during the historic snowstorm that brought five feet of snow to Sault Ste. Marie on Dec. 11, 1995.

Growing up, he loved sports, as did his family, who spent many days watching him and his brother Garrett compete with their teams. An excellent student, Aaron was part of the Sault Area High School team at the 2014 national competition for Business Professionals of America; a member of the Michigan High School Football Coaches Association’s Academic All-State Football Team in 2014; and the recipient of the Sault High Hockey Coach’s GPA Award in 2013 and 2014. He graduated from Sault High in 2014.

In 2017, Aaron graduated with honor from Michigan State University’s Eli Broad College of Business with a bachelor of arts in finance and joined his uncle, Randy, at Madigan/Pingatore Insurance Services, where he was a commercial insurance producer. His co-workers appreciated his uplifting presence in the office.

Loved by family and friends, Aaron was a quiet person, who would quickly open up with his sense of humor and big smile. He and his mother, Ann, enjoyed taking long walks on the beach with their dog Rocky and a few beverages tucked in their pockets. As one of his many friends noted, Aaron was a figure of strength and respect, and he offered much love and advice to them. He loved the community in which he was raised, and he was looking forward to help it thrive as he became settled in his career. He recently joined the board of directors at the Chippewa County Credit Union, and he said one of his reasons for volunteering was to give back to the community which had given him so much.

Aaron is survived by his mother, Ann, and his brother Garrett, as well an extended family of aunts, uncles and cousins with whom he shared many happy days at their Brimley cabins, his mother’s home, and in hockey rinks, and football fields.

He was preceded in death by his father, Dale, in 2016, and his grandparents, Perry and Beverly Pingatore, of Sault Ste. Marie, and Leonard and Regina Lasecki, of Krakow, Wisc.

A funeral mass will be held at noon on Tuesday, Aug. 24, 2021, at St. Francis Xavier Church, 6769 M-221, Brimley, with Fr. Timothy Hruska. Friends and family will gather for two hours before the service.

In lieu of flowers, memorial donations may be made in Aaron’s name to the Chippewa County Community Foundation for a fund established to help high school football and hockey athletes with equipment costs. Please address donations to P.O. Box 1979, Sault Ste. Marie, Mich., 49783; drop them off in person at 511 Ashmun St., Suite 202, Sault Ste. Marie, Mich.; or online at chippewacountycommunityfoundation.org.