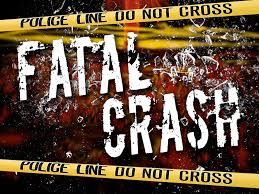 LUCE COUNTY, MI – A 20-year-old man is dead after a single-vehicle crash in the Upper Peninsula.

According to troopers from the Michigan State Police Sault Ste. Marie Post, Jaden Caswell of Luce County was killed in the crash, which occurred on M-123 near Charcoal Grade Road in Luce County’s McMillan Township at 7 a.m. on Tuesday.

Police say Caswell was heading northbound on M-123 when he lost control. left the roadway and impacted a deep ditch. He was pronounced dead at the scene.

He was not wearing a seatbelt at the time of the crash, police said, and speed is also a factor .

The crash remains under investigation. This is one of two fatal U.P. crashes involving men in their 20s on Tuesday. Chester Goudreau, 25, of Manistique died in a crash in Schoolcraft County.