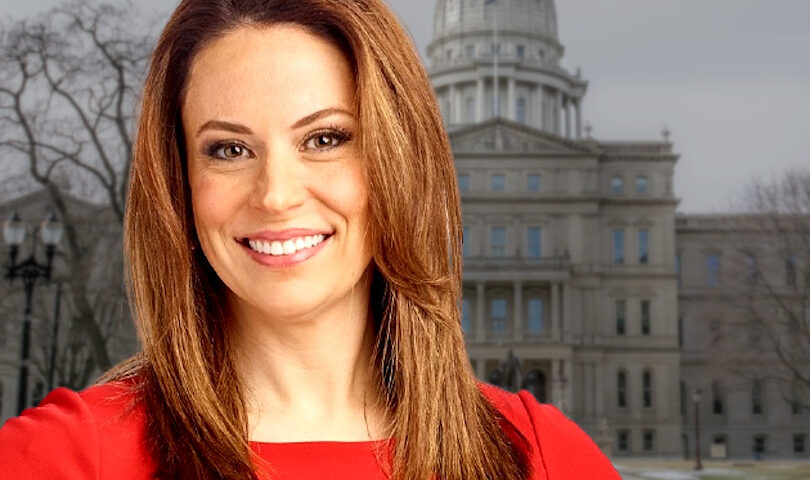 LANSING, Mich. (AP) — The co-host of a conservative online news show announced her run for Michigan governor Thursday, becoming the latest candidate to enter the 2022 Republican primary in a bid to challenge Democrat Gretchen Whitmer.

Tudor Dixon, who helps to host “America’s Voice Live,” said she formerly worked in sales in the steel industry and is a breast cancer survivor and mother of four girls ages 7 to 11.

“We must liberate Michiganders from lockdowns and unleash them to innovate, work and reap the fruits of their labor,” the 44-year-old from Norton Shores said in a statement that accused the first-term governor of “failed leadership.”

Dixon visited former President Donald Trump on May 7 at his Mar-a-Lago resort in Florida.

She is the sixth Republican — and first woman — to announce a bid or to form a gubernatorial committee. All are lesser-known candidates without major government experience who tout their outsider status.

Soon-to-be-retired Detroit Police Chief James Craig also may run. Others considering it include businessman and Iraq War veteran John James, the GOP nominee for U.S. Senate in 2020 and 2018, and businesswoman Lena Epstein, who ran for a congressional seat in suburban Detroit in 2018.

Whitmer has said coronavirus restrictions are needed to save lives. She is urging vaccinations. The state recently eased mask requirements. Capacity limits and gathering caps remain in place but may be loosened sooner than outlined under the governor’s plan that ties reopening to vaccination rates.

The Michigan Democratic Party said Dixon spoke at a protest against the arrest of a Holland restaurant owner who persistently refused to comply with orders and restrictions tied to COVID-19.

To qualify for the August 2022 primary, major-party gubernatorial candidates must file at least 15,000 valid voter signatures, including at least 100 each from half of Michigan’s 14 congressional districts.