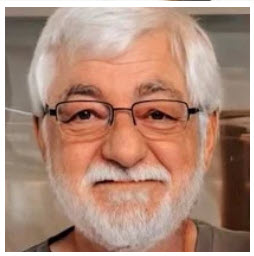 Paul Allen Besteman, age 68, of Rudyard, Michigan, died unexpectantly at his home February 23, 2021. He was born May 19, 1952 in Sault Ste. Marie, Michigan to Elmer and Gertrude (Ploegstra) Besteman.

Paul grew up in Rudyard and graduated from Rudyard High School with the class of 1970. After high school, he started working at Lake Superior State University (LSSU) in maintenance as a work study student. He met his wife, Bonnie, in 1975 and they married July 31, 1976. After completing his degree, he worked as a Central Heating Plant Operator at LSSU. He was later promoted as the Central Heating Plant Supervisor and then to Assistant Director Physical Plant. Paul was also the project manager for several of LSSU’s newer buildings including the LSSU Fine Arts Building. In 2010, he retired and began helping Bonnie with her business “Besteman Creations”, making things for her to paint on and attending craft shows, talking to anyone who would lend an ear.

Paul was very dedicated family man and would always put others first, helping anyone who needed it. He could fix just about anything and was avid wood worker and enjoyed gardening.

Paul was a member of the Rudyard Christian Reformed Church and served on the Rudyard-Pickford Co-op Board.

Paul was preceded in death by his mother and father; Gertrude and Elmer, brothers-in-law; Robert “Bob” Bouwma and Robert “Bob” Savoie; and sister-in-law; Margaret Allen.

Memorial Contributions may be made out to the Rudyard Christian Reformed Church Building Fund, 17938 S Tilson Rd, Rudyard, MI 49780.