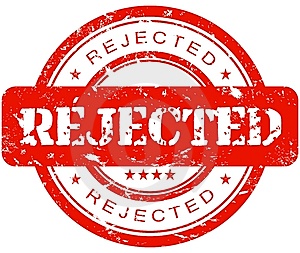 Senate Republicans today voted to reject 13 appointments on multiple boards and commissions as a “signal” of displeasure to Governor Gretchen Whitmer’s “refusal” to work with the Legislature.

The Senate voted 19-14, with all Democrats voting no, to reject the appointments of Kristin Totten to the Child Abuse and Neglect Prevention Board, Suzanna Shkreli as the Children’s Ombudsman, Erin Kricher to the Rural Development Fund Board, James Pearson to the Michigan Public School Employees’ Retirement System, Emily McDonough to the Data Collection Agency Governing Board, Ronald Campbell to the Barrier Free Design Board, Terry Gilligan and Dennis Mowbray to the Board of Mechanical Rules, Richard Corriveau to the Michigan Civil Rights Commission, Thomas Baird and David Cozad to the Natural Resources Commission, Cheryl Kobernik to the Commission of Agriculture and Rural Development and Amy Cox to the Michigan Travel Commission.

Today’s rejection of appointments does not include all of the individuals Ms. Whitmer appointed late last year to the specific boards – two others were appointed to both the Child Abuse and Neglect Prevention Board and the Civil Rights Commission. The Barrier Free Design Board and the Board of Mechanical Rules also saw one other appointment on each that the Senate did not reject today.

Ms. Whitmer also made hundreds of other appointments to boards and commissions that were not rejected today.

Ms. Totten, one of the appointees rejected, is the wife of Mark Totten, chief legal counsel for the governor. She is also the education attorney for the ACLU of Michigan.

Democrats blasted the rejection of appointments as political games. Senate Minority Leader Jim Ananich said Republicans, when they had complete control of state government, passed legislation with little to no negotiation with the Democrats or without even telling Democratic colleagues what might come up.

Sen. Aric Nesbitt said on the Senate floor he is disappointed he feels compelled to ask the body to decline the appointments.

He said, though, the governor, “has done everything possible to avoid working with the Legislature.”