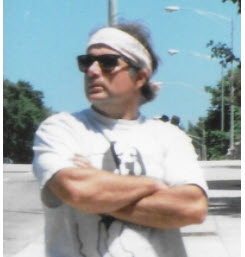 Don Sullivan, age 71, passed away Wednesday, January 13, 2021, in Sault Ste. Marie. He was preceded in death by his parents Richard and Mary, also his older brother Dave.

He is survived by his brother: Jim (Candy) of Ocala, Fl, and lifelong friends: Richard Fleming and Joe Knoll.

Don was a 1967 graduate of St. Johns High School.  He later attended the University of Detroit and Jackson Community College.

Don spent most of his life working as a meat cutter.  He started at the old Polly’s Store on East Michigan.  He later worked in New Orleans and Chicago.  He ended up moving back to Jackson and retired from Polly’s in 2009.

Don was a huge Detroit Tiger fan.  One of his best memories was celebrating the 1968 World Series Championship in downtown Detroit.

To those of us who knew him, know he loved to have a good time.  He could be the life of the party. He was known to have a beer or two in his day.  He was a true original and will be missed by all who knew him.

There will be a memorial mass in his name at Queen’s Church at 6 PM on February 4th, his 72nd Birthday.

A celebration of his life will be held later this summer.