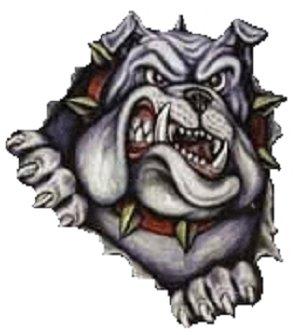 The Rudyard Bulldogs volleyball team is the lone remaining fall sports team playing in the Eastern Upper Peninsula, but when they play next is anyone’s guess.

The Bulldogs repeated as regional champions last Thursday night in Pellston, as they swept past Indian River Inland Lakes 3-0 in Division 4. The Bulldogs advance to play Carney-Nadeau in the quarterfinals, a rematch of last season’s matchup where Rudyard prevailed. This match was scheduled for Tuesday, however, the Michigan High School Athletic Association announced Sunday night that all sports activities (practices and contests) are suspended immediately through at least December 8th, to concur with Governor Whitmer’s announcement of new COVID-19 restrictions.

The three ongoing fall tournaments across the state, girls swimming and diving, volleyball and football have been suspended. The MHSAA will be exploring all options to complete these three remaining tournaments. At the same time, the MHSAA says discussions will take place to revise winter sports plans that will include updated timelines once they are set.

The football playoffs will not include any teams from the Eastern Upper Peninsula. Sault High were knocked off by Cadillac in a Division 4 district final Friday night 34-14. In 8-player football, Pickford, despite last-minute efforts by their school board, had to forfeit their regional final contest against Indian River Inland Lakes due to COVID-19. The MHSAA rendered that decision Friday afternoon. The Cedarville Trojans saw their season end Friday night in Powers, as they were trounced by North Central 55-8 in an 8-player, Division 2 regional final.

“The MHSAA supports the actions by our state government and health department leaders,” said Mark Uyl, Executive Director of the Michigan High School Athletic Association. “All of us need to do our part now to reverse the concerning COVID numbers in Michigan to give all of our students the chance to participate, practice and complete again as we have been able to safely do that since August.”

For more high school sports coverage, and other local sports, including regional and national coverage, check out this Monday night’s edition of “The Game” on ESPN 1400.