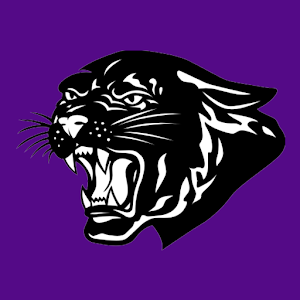 Week 3 of the high school football season in the EUP saw the Pickford Panthers remain unbeaten, after trailing at halftime, and the Sault High Blue Devils dropped their first game of the season on Homecoming at VanCitters Field. Cedarville earned an impressive victory at home, while Brimley won the “Weather Bowl” over Engadine.

After two impressive road victories over Traverse City St. Francis and Marquette, the Sault High Blue Devils fell to unbeaten Gladstone, 28-26, Friday night at VanCitters Field. After trailing 14-0 early, the Blue Devils stormed back and put up almost 300 yards of offense in the 2nd quarter, as they led 26-20 at half. Kris Pearce opened up the scoring for the Blue Devils with a 2-yard TD run. John Robinson had a pair of touchdown runs of 32 and 7 yards. Quarterback Jakob Davis also threw an 8-yard TD pass to Callen Campbell to give the Blue Devils the halftime lead.

The second half was a different story for Sault High, as turnovers and penalties plagued the Blue Devils. The winning score was run in by Gladstone quarterback Cam Kelly, who had three on the day, including the winning scamper of 54 yards in the third quarter.

Sault High had 362 yards of offense in the game, with the majority coming in the first half. Robinson had 124 yards on the ground and two touchdowns, while Kris Pearce had 66 yards rushing and a TD. Davie was 8-of-17 passing for 103 yards, and added 68 yards rushing on nine carries. Pearce had two receptions for 40 yards.

For more on this game, you can listen to Monday night’s edition of “The Game” on ESPN 1400 with Sault High Blue Devil’s play-by-play broadcaster, Dave Watson. You can find the podcast of the show at thegamesportsshow.podbean.com. The Blue Devils (2-1) will take on Benzie Central (2-1), Friday night at VanCitters Field. You can hear that game on 1230 WSOO with Dave Watson at Pat Benin, starting with the pregame show at 6:35.

The Pickford Panthers used a sustained rushing attack, and a big advantage of time of possession, as they grinded out a 28-12 win over the Rudyard Bulldogs in 8-player Great Lakes Eight East Division football league action from Rudyard.

The Panthers averaged almost 5 yards a carry Friday night and held a 34-minute advantage in time of possession. The Panthers led 14-12 in a tightly played first half. Micah Bailey scored on a 2-yard TD run for the Panthers and  Dominic Bonnee scampered for a 33-yard TD run in the first half. Rudyard quarterback EJ Suggitt had a 65 and 12-yard TD pass to Louis Mayer for the Bulldog first half scores.

Pickford defense shut the Bulldogs down in the second half, and Bonnie had a 2-yard rushing TD and Bailey a 35-yard run for a touchdown to cap the Panther scoring.

Bonnie had 128 yards on the ground for Pickford and 61 yards receiving for Pickford. Bailey rushed for 152 yards.

EJ Suggitt was 7-for-20 for 150 yards passing for Rudyard, and had 37 yards rushing. Mayer had five receptions for 127 yards for the Bulldogs.

Pickford (3-0) will host Engadine on Friday night. You can hear that game on Oldies 93 in the EUP Game of the Week, with Matt Pocket starting with the pregame show around 6:45 p.m. Rudyard (1-2) will be at Superior Central on Saturday afternoon.

It has been 16 years in the making, but the Brimley Bays finally earned a victory in the “Weather Bowl” on Friday night, as they topped Engadine, 42-30, in 8-player Great Lakes Eight East Division Football play.

Bays quarterback Grady Newland threw for three TD’s and was 14-for-25 passing for 167 yards. Mason Harris had two TD receptions for Brimley, and had 96 receiving yards, and 88 yards rushing. Collin Hopper also had a TD run for Brimley.

The Bays had lost 15 straight games to Engadine before Friday night’s victory.

Paul Davis had 25 carries for 195 yards for Engadine and three TD’s. R.J. Bigelow had the other TD for the Eagles, who remain winless.

Brimley (1-2) will take on Cedarville on Friday night in DeTour. Engadine (0-3) will be at Pickford on Friday.

The Cedarville Trojans bounced back, after being shut out by Pickford in Week 2, with a 32-20 win over Rapid River in an 8-player Great Lakes East Division Football game on Friday night in Cedarville.

Cedarville (2-1) will host Brimley at DeTour on Friday night.

In other EUP Football action, Newberry earned their first victory of the season in Felch, as they blanked North Dickinson 37-0. The Indians (1-2) will host Rapid River on Thursday night. St. Ignace remains winless, as they fell at East Jordan 30-7 on Friday night in Northern Michigan Football League play. The Saints (0-3) host Johannesburg-Lewiston on Friday night.