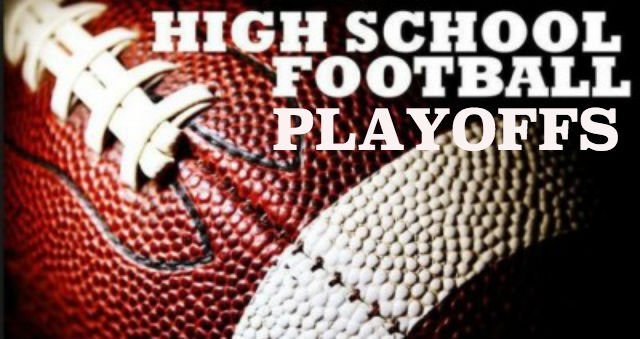 For the first time this season, all 11-player teams were divided into eight divisions before play began. Because of the shortened 2020 regular season due to COVID-19, all 11-player teams were then divided into Districts of up to eight teams each, then paired into four regions. For 8-player, teams also were divided into two divisions before the start of play this fall, and the top 32 teams in each division based on playoff-point average were selected to a postseason field of 64 teams, which were then divided into four regions of eight teams apiece.

District Semifinals for 11-player and Regional Semifinals for 8-player will follow during the weekend of Nov. 6-7, and the weekend of Nov. 13-14 will have District Finals in the 11-Player Playoffs and Regional Finals in the 8-Player Playoffs. Both rounds will be played at the site of the highest-ranked team which was victorious in the previous round of play.

Regional Finals in the 11-Player Playoffs will take place Nov. 20-21, at the site of the highest-ranked team that was victorious in District Final play. The 8-Player Playoff Semifinals will take place on Nov. 20-21, pairing the winners of Region 1 vs. Region 2 and the winners of Region 3 vs. Region 4, at the sites of the highest-ranked team.

Semifinal games in the 11-Player Playoffs will take place Nov. 27-28, pairing the winners of Region 1 vs. Region 2 and the winners of Region 3 vs. Region 4. Highest-ranked teams will host unless participating teams are 200 or more miles apart; in those cases the MHSAA will assign the game at a prearranged site if one can be secured in a reasonable location.

All playoff tickets will be sold online only via GoFan at https://gofan.co/ to provide for a cashless and contactless purchasing process that also allows for contact tracing. Tickets for single-session Pre-District, District and Regional games are $6. Single-session Semifinal tickets are $8. A per-ticket convenience fee will be applied.

A total of 10 8-player teams did not qualify for the MHSAA Playoffs, and they are allowed to schedule one more game, against another of the non-qualifier group, to be played this upcoming week. Four schools with enrollments too large to qualify for the 8-player postseason – Bridgman, Vandercook Lake, Vermontville Maple Valley and Concord – will play a two-round playoff over the next two weeks to conclude their seasons. That playoff is not sponsored by the MHSAA but allowed because of the shortened schedule.

The Sault High Blue Devils finished their season at home Friday night, stomping Cheboygan, 60-0, to finish the season at 4-2. They will take on Saginaw Arthur Hill at VanCitters Field on Saturday at 2 p.m. You can hear that game on 1230 WSOO with Dave Watson and Pat Bennin starting with the pregame show at 1:35. The Blue Devils are currently .20 playoff points behind Ludington, who could be their next round opponent if the seeds hold to form.

COVID-19 has taken away home field advantage for the defending champion Pickford Panthers, however they will get at least one game at home, as they open up this year in Division 1, as they will take on Stephenson. Pickford and Brimley scheduled to play Friday night was cancelled due to COVID-19 in the Brimley schools. This is the second straight week Pickford was unable to play as they had to forfeit their game a week before due to a COVID-19 outbreak in Pickford schools. Brimley will be at Pellston to start their playoff run. Newberry, topped Engadine on Friday night will be at Onaway. Pellston and Onaway both have more playoff points than the Panthers.

Cedarville will host at least one playoff game, possibly more, as they topped Rudyard in the slop, 20-6. They will host Carney-Nadeau. Rudyard will be at Rapid River, while Engadine, winless on the season will be at top seeded Powers North Central.

Dates and times for this weekend’s games will be announced this week. For more on the high school sports scene, including playoff times and dates, along with local, regional, and national sports, tune into ESPN 1400 Monday night for “The Game” from 6-8 p.m online at thegamesportsshow.podbean.com with Scott Nason, David McCaig Jr., Butch Davis and E.J. Russell. Special guest on Monday night’s show is Soo Eagles head coach, Doug Laprade.