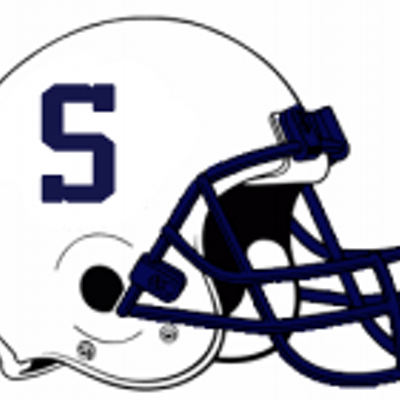 The Sault High Blue Devils improved to 3-1 on the season last Friday night at VanCitters Field, as they knocked off Benzie Central, 34-13, in a Northern Michigan Football League Legends division contest.

Junior quarterback Jakob Davie threw a pair of touchdown passes, and ran one in, while John Robinson and Kris Pearce had rushing TD’s for the Blue Devils. Callen Campbell and Bennett Swanson had touchdown receptions for Sault High.

The Blue Devils rushed for 282 yards on 50 carries, and complied 348 yards of total offense. Robinson gained a career-high 137 rushing on 15 carries, while Pearce added 125 yards on the ground on 26 carries.

Sault High (3-1) will be at Kingsley (4-0) on Friday night, in a game that very well could determine the Legends Division winner. You can hear that game on 1230 WSOO with Dave Watson and Pat Bennin, starting at 6:35 p.m.

The undefeated and state’s No. 1-ranked Pickford Panthers, remained perfect on the season, as they shut-out Engadine, 56-0, in a Great Lakes Eight East Division football game.

Josh Sullivan gained 149 yards on the ground with a touchdown, while Dominic Bonnee had two rushing and one receiving touchdown, and compiled 100 yards rushing. Kyle Rounds and Micah Bailey also had a rushing TD for the Panthers.

Pickford gained on the night 334 yards rushing on 30 carries and led 43-0 at halftime.

Connor Hall had 39 yards rushing for Engadine while RJ Bigelow added 33 yards on the ground.

Pickford (4-0) will be at Rapid River on Friday night, while Engadine (0-4) will search for their first win at home Friday night against Rudyard.

The Cedarville Trojans improved to 3-1 on the season, as they knocked off the Brimley Bays, 40-14, in a Great Lakes Eight East Division football game Friday night in DeTour.

Cedarville’s Grant Fountain had a big night, rushing for 208 yards on 26 carried and scoring a pair of touchdowns. Bailey Hilts was 10-of-18 passing for 145 yards and three TDs for the Trojans.

Jay Freel, Caleb Kohlmann and Aidan Ondrus, had touchdown receptions for Cedarville, who improve to 3-1 on the season.

Mason Harris had 101 yards rushing for Brimley and a TD, also adding a TD reception. Grady Newland threw a TD pass for Brimley, as they drop to 1-3.

Cedarville will host undefeated Munsing on Friday night. You can hear that game on Oldies 93, with Matt Pocket, in the EUP Game of the Week at 6:45 p.m.  Brimley will host Superior Central on Friday.

The Rudyard Bulldogs traveled to Eben Junction on Saturday afternoon, as they knocked off the Superior Central Cougars, 58-22, in a Great Lakes Eight East Division game.

Junior quarterback EJ Suggitt had six total touchdowns on the day for Rudyard, rushing for four and throwing for a pair. Suggitt gained 183 yards on the ground, and was 8-for-12 passing for 165 yards.  Louie Mayer had a TD on the ground and rushed for 102 yards on 17 carries.

Rudyard (2-2) will travel to Engadine on Friday night.

In other EUP Football action from the weekend, Newberry fell to Rapid River 48-12 on Thursday night. Johnny Nutkins and Liam Shanley had the TD’s for the Indians who fall to 1-3. They will be at Lake Linden-Hubbell on Saturday.

St. Ignace remains winless on the season, as they were taken down by Johannesburg-Lewiston, 81-12. The Saints (0-4) are home to Rogers City on Friday night.

For more high school football coverage, including playoff points, and other local sports, check out this Monday night’s edition of “The Game” on ESPN 1400. https://thegamesportsshow.podbean.com/e/the-game-10-12-20/