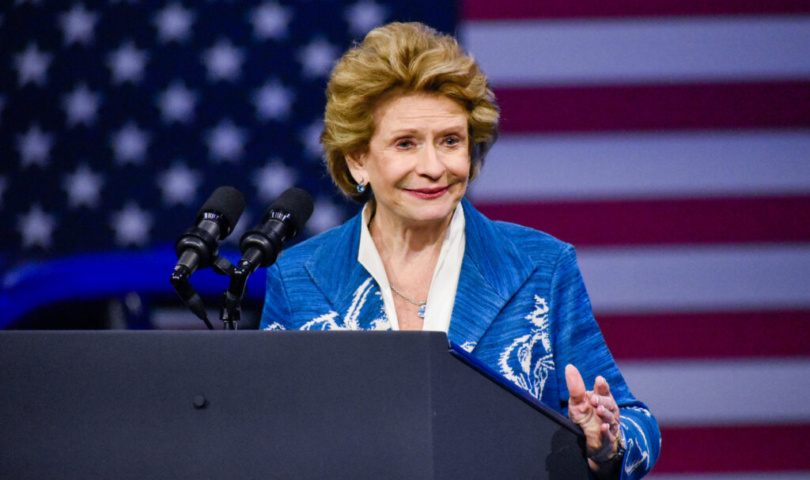 U.S. Sen. Debbie Stabenow, who has represented Michigan in the U.S. Senate since 2001 and risen to become a member of Democratic leadership in the chamber, announced Thursday morning she would not seek another term in 2024.

Stabenow, 72, who lives in Lansing, was the first woman to be elected a U.S. senator from Michigan in 2000 when she defeated Republican incumbent Sen. Spencer Abraham. Since then, she has won three more six-year terms and serves as chairman of the Agriculture Committee and of the Democratic Policy and Communications Committee.

She gave no specific reason for her decision to depart, other than to say she was ready to spend time with her family, including her 96-year-old mother.

“Inspired by a new generation of leaders, I have decided to pass the torch in the U.S. Senate. I am announcing today that I will not seek re-election and will leave the U.S. Senate at the end of my term on January 3, 2025,” Stabenow said in a news release.

The announcement is certain to set off a flurry of activity about who will vie to succeed her. The last time Michigan had an open Senate seat was in 2014, when U.S. Sen. Gary Peters, also a Democrat, beat former Secretary of State Terri Lynn Land to replace the late Sen. Carl Levin. Gov. Gretchen Whitmer, who just began her second and final term in office, indicated she’s not interested in running, as did Detroit Mayor Mike Duggan and Transportation Secretary Pete Buttigieg, who recently moved into the state — though there’s nothing saying they couldn’t change their minds later.

Because of term limits, Whitmer is limited to two terms as governor. Other than Abraham’s single term from 1994 to 2000, no Republican has served as a U.S. senator from Michigan since Sen. Robert Griffin lost to Levin in 1978.

In a statement, Whitmer alluded to completing the entirety of her second term as governor.

“Debbie is one-of-one. As governor of this great state for the next four years, I look forward to working with her through the end of her term and beyond in however she serves our state next,” Whitmer said.

But there is likely to be a huge amount of interest on both sides of the aisle. U.S. Reps. Elissa Slotkin, D-Lansing, and Haley Stevens, D-Birmingham, were said to be looking at it, as was U.S. Rep. Debbie Dingell, D-Ann Arbor. On the Republican side, former U.S. Rep. Candice Miller, who is now public works commissioner in Macomb County, was studying a possible run, and 2022 GOP gubernatorial nominee Tudor Dixon and former U.S. Rep. Peter Meijer, R-Grand Rapids, who lost a primary in August, but has wide name recognition and financial resources, were also talked about as potential candidates for the seat in 2024. John James, who just won a congressional seat but ran against Stabenow in 2018, said he was focused on getting sworn in and serving his district.

Dingell, who considered a run for the Senate in 2014 when Levin stepped down, said Stabenow “has selflessly committed herself to bettering Michigan and our country” for decades and called her a “dear friend.” U.S. Rep. Dan Kildee, D-Flint Township, called her, “a masterful legislator, a voice for the voiceless, and a leader who has broken many glass ceilings along the way.”

“No one has inspired or guided my political career more than Sen. Debbie Stabenow,” added U.S. Rep. Haley Stevens, D-Birmingham.

Stabenow’s announcement took many of her colleagues in Michigan and in Washington by surprise. Former Gov. Jim Blanchard, a supporter and friend of the senator, said he had all but assumed she was running for another term in ’24. He said she was leaving Washington “at the top of her game.”

National Republicans, coming off a disappointing cycle when Democrats expanded their majority by a seat in the Senate, said they intend to fight to win Stabenow’s seat, however. “Senate Democrats don’t even have a campaign chair yet and they are already dealing with a major retirement. We are going to aggressively target this seat in 2024,” said Mike Berg, communications director at the National Republican Senatorial Committee.

Stabenow’s most recent reelection came in 2018 when she defeated Republican businessman — and now congressman-elect — John James. In her time in the Senate, Stabenow has authored 179 pieces of legislation that have been signed into law, per her office, including securing more than $1 billion in federal funding for mental health services through Certified Community Behavioral Health Clinics throughout the U.S. and in Michigan.

Certainly by choosing not to run again, she relieves herself of a huge burden in terms of raising campaign funds. In her 2018 race, she raised nearly $18 million, compared with $12.6 million for James.

“For the next two years, I am intensely focused on continuing this important work to improve the lives of Michiganders,” Stabenow said. “This includes leading the passage of the next five-year Farm Bill, which determines our nation’s food and agriculture policies. It is also key in protecting our land and water and creating jobs in our rural and urban communities.”

Throughout her career, Stabenow has shown a remarkable ability to combine political savvy with an indefatigable work ethic. She led efforts to stop Canadian trash from filling Michigan landfills and proudly used the issue in her campaigns. She has hammered away at the need for stronger rules to force the U.S. government to buy American-made products. And there has been no louder voice in Congress calling for funding to complete a new supersize navigation lock in the upper Great Lakes and to take action to stop the spread of invasive Asian carp into Lake Michigan by whatever means necessary.

When the U.S. Senate refused to provide $14 billion in aid to Detroit’s faltering automakers in late 2008, she railed against Republicans demanding concessions from the United Auto Workers in return. “We’re talking about a small bridge loan in a global credit crisis, where every other country in the world can step up and help their auto industry,” she said.

A reliable Democratic vote and union supporter, Stabenow has nonetheless managed to negotiate with Republicans on legislation, particularly the farm bill, which is typically passed every five years and is a sweeping set of rules which touches on trade, commodity support and nutrition programs. She also has played key roles in securing aid to address lead contamination in Flint’s water supply and freeing up billions for Detroit and other cities to address blight.

Carl Tobias, who holds the University of Richmond Law School’s Williams Chair and is an expert on federal judicial selection, noted that Stabenow, along with Senate Majority Leader Chuck Schumer and U.S. Sen. Sheldon Whitehouse, D-R.I., put out a study looking into how conservative funders have impacted judicial appointments. “Michigan and the nation will miss her wisdom, diligence and good judgment,” Tobias said.

Opponents who took her on — a list that includes James, Oakland County Sheriff Mike Bouchard and former U.S. Rep. Pete Hoekstra — learned that behind the friendly demeanor she showed, Stabenow left little to chance when it came to politics.

“Debbie is a dear friend and mentor,” said Peters. “There is no question she will leave an enduring legacy — as a champion for children, women and families, workers, manufacturing and our auto industry, mental health care and the Great Lakes.”

Born in Gladwin and raised in Clare, in mid-Michigan, Stabenow’s father owned an Oldsmobile dealership and her mother was director of nursing at the local hospital. After getting degrees in social work from Michigan State University, she worked with public school students before her involvement in an effort to block the closure of a nursing home convinced her to run for office.

First elected to the Ingham County Board of Commissioners, she then served 12 years in the state House and four years in the state Senate, where she had a hand in the creation of Proposal A, which largely replaced local property taxes as the source of school funding with state taxes, a controversial change among many Democrats at the time. In 1994, she ran in the Democratic primary to challenge then-Gov. John Engler, losing the nomination to Rep. Howard Wolpe, who then lost to Engler. Stabenow went on to defeat U.S. Rep. Dick Chrysler, R-Brighton, in 1996 and serve two two-year terms in the U.S. House before being elected to the Senate.