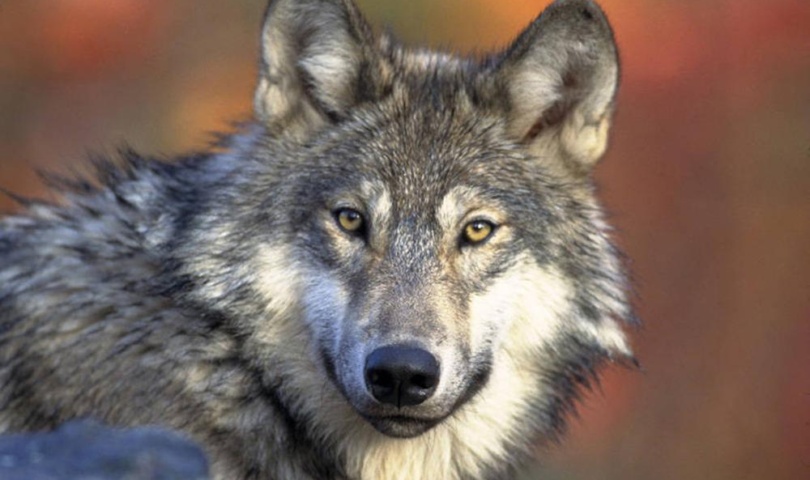 Michigan’s gray wolf population remains stable and might have reached its natural ceiling after mounting a decadeslong comeback in the Upper Peninsula, state biologists said after the latest survey.

An analysis of data collected in 2022 produced an estimate of 631 wolves, give or take 49, the Department of Natural Resources said Tuesday.

The survey estimated 136 packs roam the peninsula in Michigan’s far north, with an average of four to five animals in each.

“These results show a continued trend of statistical stability, indicating that gray wolves may have reached their biological carrying capacity within the Upper Peninsula,” said Cody Norton, the DNR’s wolf specialist.

Carrying capacity is the maximum population an environment can support, based on factors such as food, territory, water and other animals with which to breed.

Wolves once roamed across Michigan but were driven out, as in much of the lower 48 states, through trapping, poisoning and bounty programs.

After they were protected under the Endangered Species Act in the 1970s, a remnant population in Minnesota began migrating through northern Wisconsin and eventually reached Michigan’s Upper Peninsula. Numbers rose steadily from 1989 to 2011 and have leveled off.

The DNR conducts its survey every two years. Last year’s estimated minimum number was down slightly from 695 in 2020, but officials said the totals have not differed statistically since 2011.

But wolf density appears to have shifted, decreasing in some areas of the western U.P. and rising in parts of the peninsula’s eastern region, DNR wildlife biologist Brian Roell said.

That could be linked to heavy snowfall and bitter cold between 2013 and 2015 that reduced deer densities in some places, he said.

No wolves are known to live in the Lower Peninsula.