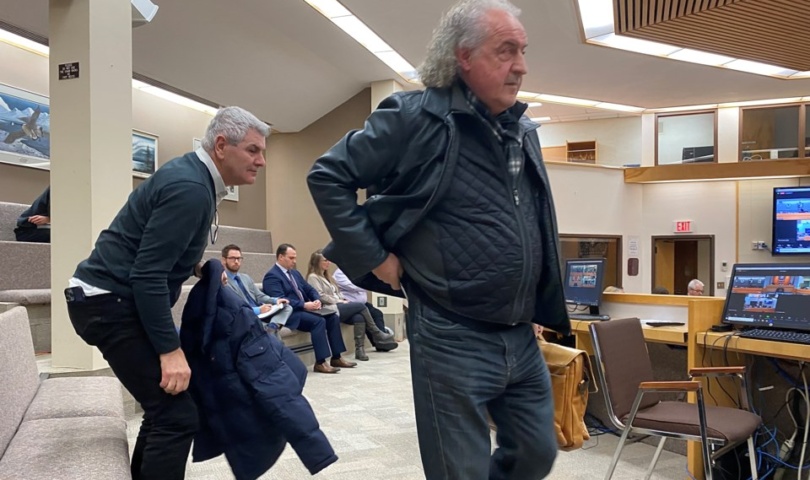 CTV News – After a heated discussion with an out-of-town developer at the Sault Ste. Marie city council meeting Monday, Mayor Matthew Shoemaker is condemning comments made by the commercial property owner, calling them “despicable.”

During the Dec. 12 meeting, city councillors discussed the state of two properties owned in part by Italo Ferrari – 941 and 995 Queen Street East, including the former hospital.

Despite what Ferrari calls his “best efforts,” he faced criticism from city councillors about the two “eyesores” and the number of police and bylaw calls regarding the properties.

At one point during the debate, he likened the need to erect a fence “like a concentration camp” to keep transients out of the structure.

“During Monday evening’s debate on the issue of the property standards of the old General Hospital, the owner’s representative, Italo Ferrari, stated that because of the difficulties he has had securing the old General Hospital from continued breaking and entering, he would need to consider erecting a ‘10-foot fence to close it off like a concentration camp.’ In the heat of the debate, I did not call out Mr. Ferrari’s ignorance as I should have in that moment,” Shoemaker said.

“Mr. Ferrari’s entire performance before city council showed a stunning lack of self-awareness. However, the ignorance of this particular comment is astonishing to the point of requiring a forceful condemnation. Nazis used concentration camps to commit genocide. To use the atrocities of the holocaust in a debate over the proper maintenance standards of a decrepit building shows a complete lack of dignity.”

His remarks come after speaking with Sault Jewish leaders who were incensed by the comments made.

“After that long of hearing our city and residents be blamed (for the state of the properties), to hear him make an, in my opinion, anti-Semitic comment, it was just too much,” Caputo told CTV News in an interview.

The mayor said he has instructed staff not to communicate with Ferrari until he apologizes for the comment.

“I understand, however, that there will be a need to deal with this company for compliance and property standards matters so, unfortunately, communication by some departments will still be necessary,” Shoemaker said.

“In the meantime, I would encourage Mr. Ferrari to do the right thing and provide an apology for the insensitivity shown. I have already reached out to him to request he do so.”

CTV News has reached out to Ferrari for comment and has not yet received a response.

Councillors also questioned him on the plans to develop the property into retirement homes as advertised on billboards placed at the old hospital site.

Ferrari said his company, which has owned the properties for three years, has submitted an application to the Ministry of Health asking for authorization to build a 195-bed long-term care facility and has been waiting two years for a response.