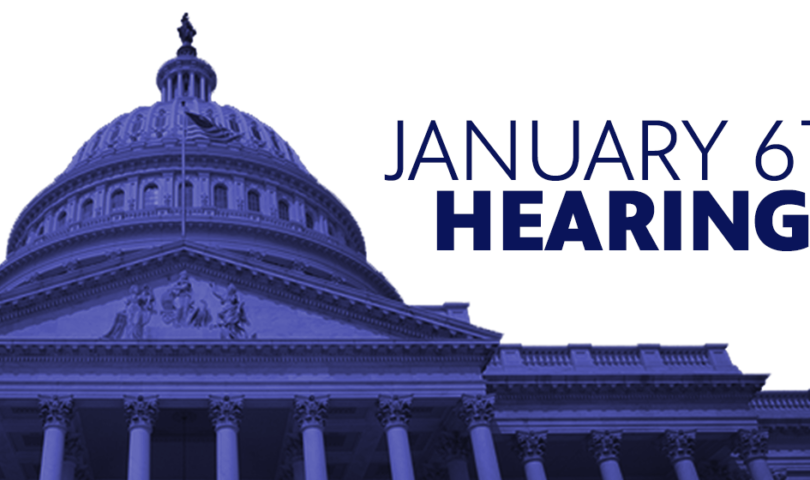 The U.S. House committee investigating the Jan. 6, 2021 attack on the Capitol voted unanimously Monday to recommend the Justice Department pursue criminal charges against former President Donald Trump for violating federal laws, including inciting or assisting an insurrection, in an attempt to overthrow the result of the 2020 election.

The criminal referrals by the Democratic-led committee come two weeks before the party cedes majority control of the House to Republicans and shortly after the Justice Department issued subpoenas to Michigan Secretary of State Jocelyn Benson and Wayne County elections officials as it continues its own investigation into Trump’s effort to overturn the election, which he lost to President Joe Biden.

After Trump falsely pressed debunked claims of corruption in the vote counting in Michigan and several other key states, a group of his supporters — whom he told in a rally to “fight like hell” to “take back the country” — attacked the Capitol as Congress met in joint session to certify the vote, injuring more than 100 law enforcement officers before being turned back.

The committee also finalized its report and released some of the materials from it, including a description of how Trump met with state legislative leaders from Michigan at the White House and gave a “litany” of false allegations associated with the outcome, in what appeared to be an effort to have them turn over the result.

Biden beat Trump in Michigan by more than 154,000 votes and no credible claim of widespread fraud or corruption in the state’s counting of votes has been found.

Calling the tradition of a peaceful transfer of power “the foundation of American democracy,” the committee’s chairman, Rep. Bennie Thompson, D-Miss., said, “If the faith (in that tradition) is broken, so is our democracy. Donald Trump broke that faith. He lost the 2020 election and knew it.”

“This was an utter moral failure and a clear dereliction of duty,” added the committee’s vice chairman, Rep. Liz Cheney, R-Wyo. “He (Trump) is unfit for any office.”

The committee voted to send its report to the full House in what will be its final meeting. Though the full report wasn’t issued publicly immediately, Thompson said it and underlying materials would be in the days to come.

In a 135-page set of what the committee called “introductory material” that was released, the members laid out their case against Trump, largely based on evidence from people close to the former president who worked in his White House or on his campaign. That evidence, they argued, showed clearly that Trump had a premeditated scheme to claim victory before all the votes were counted and insist the outcome was fraudulent. Even after officials in his own administration — including former Attorney General William Barr — told him claims of corruption in Detroit and elsewhere were false, Trump continued to claim otherwise publicly.

In the report, the committee said Trump “oversaw” a scheme to have fake sets of electors seated in states, including Michigan, to throw doubt on the outcome, pressured state officials to reverse the result and sat by watching the violence at the Capitol for hours — even tweeting out incendiary messages aimed at Vice President Mike Pence, who had a ministerial duty to oversee the certification and refused demands from Trump that he reject the result for Biden — before telling his supporters to go home. The report also outlined Trump’s efforts to install allies at the top of the Justice Department to back up his claims until being threatened with mass resignations in the department and the lengths to which he went to pressure Pence and others even as many members of his own staff and family urged him not to do so.

Trump didn’t issue an immediate response to the committee vote but over the weekend, ahead of Monday’s meeting, Trump posted on his Truth Social platform, “Republicans and Patriots all over the land must stand strong and united against the Thugs and Scoundrels of the Unselect Committee. It will be a dark period in American history, but with darkness comes light!!!”

While the committee can’t bring charges itself, it can make recommendations or “referrals” to the Justice Department. On Monday, it voted unanimously to make four such referrals against Trump, including:

The committee also said the Justice Department and special counsel Jack Smith could look at whether the former president violated other conspiracy statutes and that others, including Trump adviser John Eastman, should potentially face charges for efforts to have Pence refuse or delay certification of the vote in violation of federal law. The introductory material didn’t specify in large detail others who might be charged, however — and any decision whether to file criminal charges or not rests with Smith and the Justice Department.

The panel also recommended that four Republican members of the House who refused to answer subpoenas from the committee face possible sanctions from the Ethics Committee, including Republican Leader Kevin McCarthy of California, Jim Jordan of Ohio, Scott Perry of Pennsylvania and Andy Biggs of Arizona. Other than Cheney and Rep. Adam Kinzinger of Illinois, no House Republicans served on the committee, with most deeming it a partisan witch hunt, as Trump had done throughout.

Report touches on Michigan links
The introductory materials included several references to Michigan and local officials, including a section in which the committee detailed what it called efforts to pressure states to change the election outcome and create and transmit fake election certificates.

For instance, it noted that Trump and Eastman, as part of the effort to get Pence and Congress to throw out or delay certification of the Electoral College vote for Biden in Michigan and several other key states, “solicited” help from Republican National Committee (RNC) Chairwoman Ronna McDaniel, who lives in Northville and is a former state GOP chair, in preparing false slates of electors.

“McDaniel agreed to provide that assistance,” the report said, though it was unclear as to what more she or the RNC did. That call to McDaniel, however, was cited in the report as an element of a conspiracy to make a false statement to the government by submitting slates of false electors to the National Archives.

Chatfield, who was interviewed by the committee in October 2021, said Trump urged him and Shirkey to “have some backbone and do the right thing,” believing that to mean the president wanted them to call the Republican-led Legislature into session and overturn the election by naming the state’s Electoral College electors for Trump.

When Shirkey, who was interviewed in June of this year, and Chatfield put out a statement after the meeting saying they were unaware of any issue in the election that would cause them to challenge the results and that they intended to follow state law, the committee noted that the president or someone working for him “maliciously” put Shirkey’s personal cellphone number and a number for Chatfield that turned out to be wrong on Twitter, leading to Shirkey — and a private citizen who had that wrong number for Chatfield — being inundated with calls and text messages.

The introductory material also noted that the committee staff talked with Benson and former state Republican Party Chairman Laura Cox, though it did not detail what was said by either. It also discussed some of the claims made by Trump and others in Michigan — including those of votes being “dumped” in the middle of the night at the absentee ballot counting site in Detroit and erroneous vote tallies in tiny Antrim County and how Trump and his allies tried to use that as evidence of voting machines being manipulated. Barr and others, however, made it clear to Trump that there was no evidence of widespread corruption in Detroit and that an early mistake in the Antrim County result was due to human error which was quickly corrected. Trump, however, continued to press those false claims and is still doing so as he mounts another run for president in 2024.