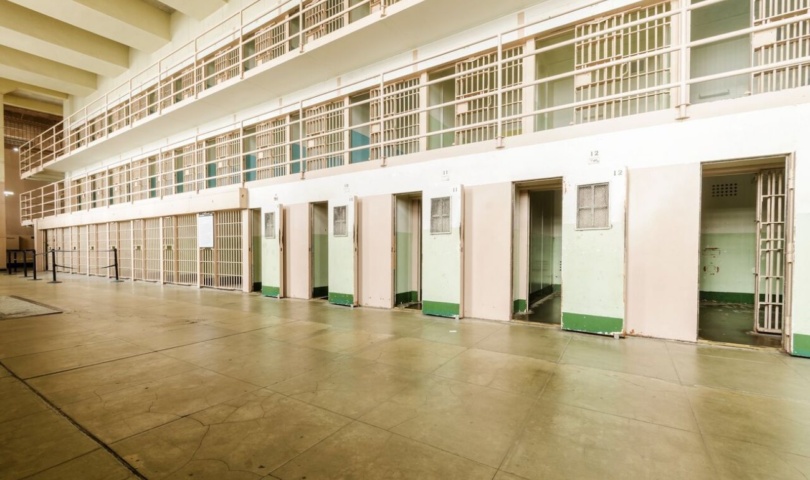 Prison facilities in Ionia and Adrian are shrinking this fall in the wake of a plummeting prison population and a crippling shortage of workers.

The consolidations won’t result in layoffs, however. There are enough openings in prisons in each of the Michigan communities to absorb the employees of the mothballed facilities.

But these closures could just be a short-term solution to Michigan’s chronic corrections officer shortage.

“At the end of the day, if [employee] attrition isn’t addressed by the summer of 2023, we’re going to be in the same boat,” said Byron Osborn, president of the Michigan Corrections Organization.

The Michigan Reformatory in Ionia will close in November, with the male prisoners now housed there moving to other facilities, according to a Michigan Department of Corrections announcement released Wednesday. In Adrian, the south side of the Gus Harrison Correctional Facility will be shuttered by November.

The consolidations will help address two problems: prison units that are underutilized because of a dropping prison population and a shortage of employees to operate all the current facilities. Currently, some of the state’s prison employees work mandatory overtime weekly. According to a Bridge Michigan story in July, some employees routinely worked 80 hours a week.

“While these announcements are normally and understandably difficult on staff, in this instance, we know it may be welcome news to many,” MDOC Director Heidi Washington said in a statement Wednesday. “This will provide much-needed relief to our officers, nurses and other employees who have worked significant overtime shifts over the past few years.”

The state’s aging population has contributed to the decline as has a drop in the recidivism rate in the past two decades, from 45 percent of ex-cons returning to prison to about 24 percent.

MDOC spokesperson Chris Gautz said the new consolidations are “unlike any other closures in recent memory” because it’s likely that any displaced worker who wants to stay with the prison system will be able to continue to work in the same community at a neighboring facility. There are more job openings at Ionia’s three remaining prisons than workers at the soon-to-be-closed Michigan Reformatory.

Once those workers transfer to other facilities, mandatory overtime will decrease significantly, Gautz said. The Ionia state prison facilities each have an employee vacancy rate of about 25 percent.

“This is really good news for Ionia (prison workers) who have been working a lot of mandated overtime,” Gautz said.

Osborn, the union president and a corrections officer for 28 years, said that while his members in Ionia and Adrian will be relieved to have less mandatory overtime, other state prison facilities also face crippling staff shortages.

“Jackson is worse than Ionia,” Osborn told Bridge Michigan.  “We have six facilities in the U.P. that are all short (of prison officers). We’re short everywhere.”

Osborn praised MDOC director Washington for beefed-up recruitment efforts for new employees, but officers are quitting faster than they can be replaced.

“People leave because they don’t want to work double shifts and get beat up by prisoners,” Osborn said. “It’s not a pleasant place to work.”

He encouraged the Legislature to consider increased pay and benefits for prison employees to attract and retain officers.

“This is going to be a six-month Band-Aid before our normal attrition rate eats up the gains,” Osborn said.