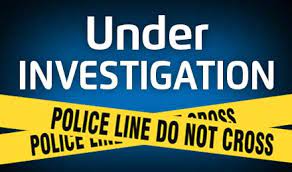 This is believed to be an isolated incident as the people involved are known to each other. This is an active investigation and further details will be released as they become available.