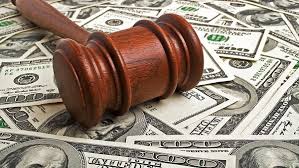 The Court of Appeals this week upheld the $11 million judgment awarded to Lisa and Cedric Griffey, former employees with the Department of Corrections, in a racial discrimination and retaliation lawsuit.

In the case Griffey v. Department of Corrections, Ms. Griffey, a probation officer for Lapeer County, sued MDOC after supervisors failed to act on her complaints that coworkers were using derogatory language toward her, referring to her as the “Black one” in the office and calling her a “mammy.”

Administrators at her husband’s job – he was a deputy warden at Thumb Correctional Facility – were discovered to have sent a copy of Ms. Griffey’s lawsuit to his boss in an attempt to have Mr. Griffey fired.

After the all-white jury awarded the couple millions, the department appealed, arguing in part that the trial court allowed improper evidence and behavior from plaintiff’s counsel to be admitted.

In the per curiam opinion, Judge Thomas Cameron, Judge Colleen O’Brien and Judge Brock Swartzle agreed the words used by the plaintiffs’ counsel were incredibly offensive and ran the risk of inflaming the passion of the jury, but the case rested largely on Ms. Griffey being subjected to racial slurs multiple times.

“In short, in a case that revolved largely around the use of a racial slur, it is difficult to conclude that use of racial slurs during argument to show the offensive of the term at issue demonstrates an attempt to ‘deflect the jury’s attention form the issues involved,'” the judges wrote.

The court also disagreed with the department’s argument that a new trial was due because the damages awarded were “grossly excessive.” The judges wrote the reasons provided were a “reasonable basis in the evidence for the jury’s awards, and the award is not so excessive that it could only have been the result of passion and prejudice.”