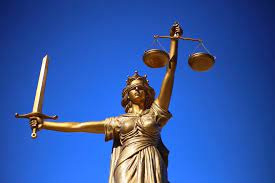 Sobriety Courts use an intensive probation period that involves a coordination between treatment providers, probation, courts, prosecution, and defense attorneys. Every other week this team meets to review participants’ progress.   Following this team meeting, participants are called upon individually to discuss progress with the Judge in open court. The treatment court model is considered a “best practice” approach, with the goal of reducing repeat offenders.

“Our program was grant funded, so the Chippewa County taxpayers had no direct cost for its operation,” said Kylie Thompson, the Treatment Court Coordinator. She continued, “we have witnessed so many individuals grow into the people we all knew they could be. It is very gratifying to watch these courageous participants flourish!” With recent legislative changes from Lansing, however, misdemeanor drunk driving cases and drug offenses are not considered “serious misdemeanors” any more. District courts are now told to presume that a sentence for these offenses be limited to fines and community service, with no jail or probation. “This statutory mandate defies

common sense given the rising fatalities involving drunk or drugged drivers and controlled substance use, but apparently our elected legislature chose to ignore the statistics. With the changes created by the legislature, I expect to see less individuals seeking out treatment for underlying addictions which may result in an increase in the number of repeat offenders,” said Prosecutor Rob Stratton.

“With these recent changes to Michigan Law, fewer individuals are willing to accept the intensive probationary oversight of Sobriety Court so the program itself was shrinking to the point where resources needed to be allocated elsewhere,” said team member and local defense attorney Fred Feleppa.

District Court Judge Eric G. Blubaugh expressed his gratitude, saying that the “Sobriety Court team is a dedicated group, and we are grateful for their commitment to a better community, with citizens that are less likely to re-offend.”

“The Chippewa County Mental Health Court believes that a treatment of the whole person leads to a much better result with less chance of re-offending,” says Coordinator Kylie Thompson. “Mental Health Court treats both misdemeanor and felony offenders.”