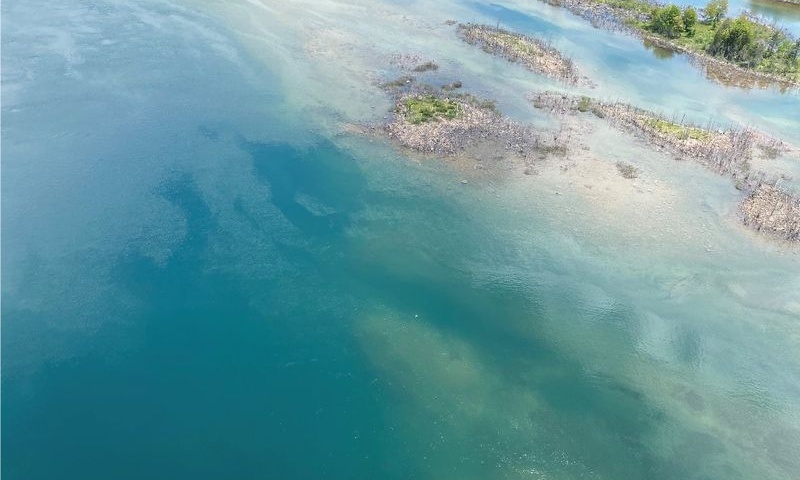 The estimated 5,300 gallons of gear oil spilled at the Algoma Steel mill in Sault Ste. Marie, Ontario, on Thursday, June 9, will persist in the water until it biodegrades, the U.S. Coast Guard said Friday, during its second day of spill response in the St. Marys River.

“It’s not a product that will evaporate, but it should naturally weather over the next few days and dissipate,” said Lt. Tyler Carlsgaard, with the U.S. Coast Guard in Sault Ste. Marie.

Carlsgaard said response efforts are focused on the north end of Sugar Island, located on the eastern end of Sault Ste. Marie.

Canadian environmental authorities said they are overseeing the cleanup of oil spilled at the steel facility, which is in early stages. Officials at the Ontario environment ministry said they were unsure of the volume of oil that spilled into the river, but most remained on the ground at the company.

“Some of the oil entered Algoma Steel’s wastewater treatment plant where it was then discharged to the river,” said Gary Wheeler from the Ontario Ministry of the Environment, Conservation and Parks.

Canadian officials are still trying to clean up the oil spill.

Wheeler confirmed the company hired clean up contractors and placed absorbent booms on the river to contain the spill. Those workers are still actively responding to the oil spill, he said.

“The ministry is requiring that Algoma Steel assess the extent of the spill and prepare clean-up andmonitoring plans to address and assess any short and long-term impacts to the river,” Wheeler said.

Ashley Moerke, Lake Superior State University professor and director at the new Center for Freshwater Research and Education along the St. Marys River shoreline in Sault Ste. Marie, said researchers there are keeping a close watch on the situation.

They set up an experimental petrochemical detection system along the northern shore of Sugar Island on Friday morning, she said, but as of mid-day had not yet found signs of oil washing up on U.S. land.

Meanwhile, area residents who get their drinking water directly from the river are under a water advisory issued by health officials on both sides of the international border.

Algoma Public Health in Canada issued an advisory in effect until further notice, as did the Chippewa County Health Department.

Those with water intake downstream from the steel mill or those with near-shore water wells are at possible risk of contamination from this spill, the agencies said.

Municipal water systems for the both cities remain unaffected by the oil spill.

However, both American and Canadian health officials advised residents not to swim, kayak or fish on the river, nor drink, bathe, or shower with the river’s water. Pet and livestock access to the water should also be restricted, authorities said.