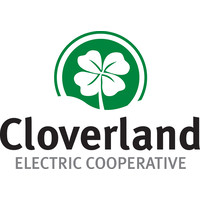 DAFTER, Mich.— (June 2, 2022) — Cloverland Electric Cooperative announced results of the director election at its Annual Meeting of the Members June 2. Cloverland is a democratically controlled, not-for-profit electric co-op governed by nine directors elected by and from the members of their respective districts to serve a three-year term. One seat per district is up for election each year. Members had the option to vote electronically or by mail-in ballot, which is managed by an independent third-party, Survey & Ballot Systems of Eden Prairie, Minnesota. Ballots mailed April 25 and voting concluded May 27.

Voter percentage in the 2022 election was 24.87% with 4,854 mail-in ballots and 864 electronic ballots submitted by 5,718 cooperative members across Districts A and C. Ballots were not mailed to District B since the candidate ran unopposed. With the hybrid voting option, Cloverland expects voter participation to continue to grow in coming years and encourages all members to vote for directors in their district.

“Thank you to all the director candidates who participated in the 2022 director election,” Cloverland’s President and CEO, Mike Heise, stated. “I look forward to continuing Cloverland’s mission of delivering reliable and affordable energy solutions with our 2022 board.”

Cloverland Electric Cooperative is a not-for-profit, member-owned utility located in Michigan’s Upper Peninsula. With hydropower making up nearly half its fuel mix, the cooperative powers 43,000 meters across 4,000 miles of power line for more than 34,000 residential and business members in Chippewa, Delta, Mackinac, Luce and Schoolcraft counties.