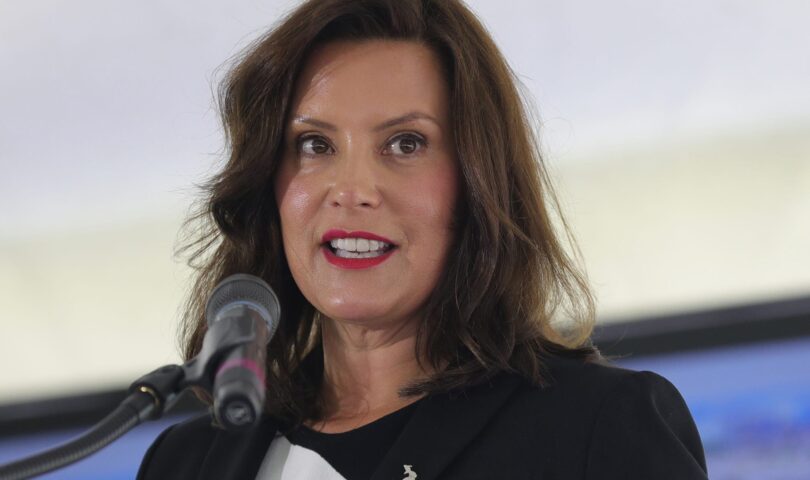 Whitmer’s election-year proposal, made in a letter to legislative leaders, represents her latest effort to put more money in the pockets of Michiganders as the cost of gas and groceries continues to soar.

The proposal came the same day the Free Press published an in-depth article about how Whitmer is becoming increasingly enthusiastic about tax cuts as revenue projections grow and the November election looms.

“The pain being felt by people is tangible,” Whitmer said.

“Today, I am proposing MI Tax Rebate Right Now, a plan to send a $500 tax rebate to Michigan’s working families right away,” she said.

“Let’s take advantage of our additional revenue to put money in people’s pockets and deliver real relief right now.” She said Michigan residents “are counting on us to work together to provide real relief right now, so they can pay the bills and put food on the table.”

Details of the plan, such as eligibility and cost, have not been worked out, said Whitmer spokesman Bobby Leddy. The plan would require legislative approval.

“In the spirit of continued bipartisan collaboration with the Legislature, we are eager to sit down with lawmakers on both sides of the aisle to negotiate details,” Leddy said.

“But one thing must be certain: We believe it should deliver immediate relief to families who have worked their tail off, paid their dues, and could use a little extra help right now.”

States around the country are finding themselves with excess tax revenues after aggressive federal stimulus actions during the pandemic.

The Alaska Legislature just voted to spend $2.1 billion to send $3,200 checks to eligible residents, according to News from the States.

Michigan GOP lawmakers, meanwhile, on Thursday passed in both the House and Senate most of a roughly $2.5 billion income and property tax cut plan, headed for Whitmer’s desk. Part of the plan was passed only by the Senate and is expected to pass the House early next week.

Tori Sachs, executive director of the conservative Michigan Freedom Fund, criticized that March veto, which included a child tax credit, breaks for seniors, and an income tax cut, in a Thursday tweet. Now, for political reasons, “she throws this out as an idea,” Sachs said of Whitmer.