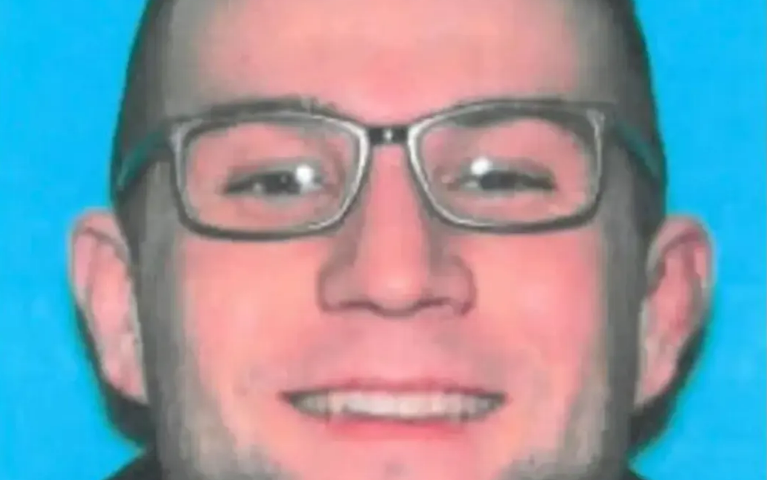 A Michigan sheriff’s deputy was arrested on a felony charge for torturing and killing his service dog after the animal allegedly nipped him.

Jacob Wilkinson was apprehended Monday and was terminated from his post at the Genesee County Sheriff’s Office after the decomposed dog was discovered in a ditch duct-taped with bullet holes in its head, according to officials.

The former deputy allegedly shot the dog three times and tossed it in a ditch, MILive.com reported. But the animal’s corpse was covered in snow during the winter weather and was not found until March 24.

“There was a time somewhere between September, October-ish where he was trimming the dog’s nails and the dog nipped at him,” Sheriff Christopher Swanson said in a Facebook video Wednesday.

Animal control officials performed a necropsy, an animal autopsy, and found the dog was microchipped, police said. The Detroit Animal Care and Control had sent the dog to a local Humane Society, who then transferred it to an organization that allows Michigan inmates to help train dogs as part of a therapy program.

Wilkinson, who had helped the dog through its training process, adopted the canine after its training was completed. Wilkinson was a correction officer for the Michigan Department of Corrections at the time but was working for the Genesee County Sheriff’s Office when the dog was discovered.

“Some people talk about the blue line there ain’t no blue line when it comes to right and wrong,” the sheriff said in his video.

Investigators interviewed Wilkinson, who confessed to killing the dog and leaving its body in a ditch.

A warrant was issued for Wilkinson on Monday and the next day, he had voluntarily appeared before Saginaw County District Judge David D. Hoffman over a video call for arraignment on one count of second-degree torturing or killing of an animal, a felony punishable by up to seven years in prison.

Wilkinson was released on a $10,000 personal recognizance bond. However, the conditions of his bond are that he cannot possess guns or animals.