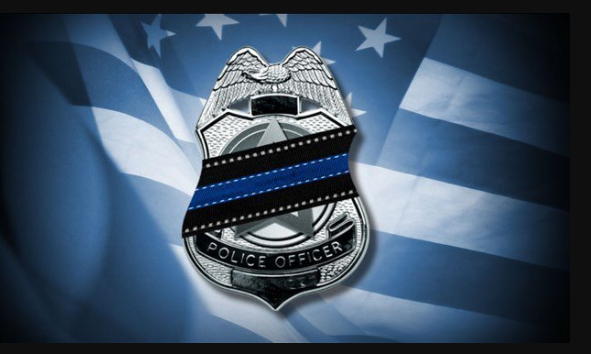 MANISTIQUE, Mich. (WJMN) – Police officers from across the U.P., Wisconsin and Canada paid tribute to fallen officers on Friday at Manistique High School.

The annual Upper Peninsula Peace Officers Memorial drew police personnel from across the region to honor fellow officers who made the ultimate sacrifice. The ceremony included a 21 gun salute, a wreath laying and the reading of the names of those who have died in the line of duty.

The ceremony is one of many across the country recognizing Peace Officers Memorial Day recognized every year on May 15.

“It is on this day our country pays tribute to those men and woman of law enforcement who has lost their lives while in the performance of their duties,” said Manistique Police Chief Kenneth Golat. “Day after day we leave the safety of our homes to patrol the city streets and rural areas by the thousands we stand in the face of danger without hesitation where most people never go, ever.”

This years memorial service was hosted by the Gladstone and Manistique State Police posts and is part of National Police Week.