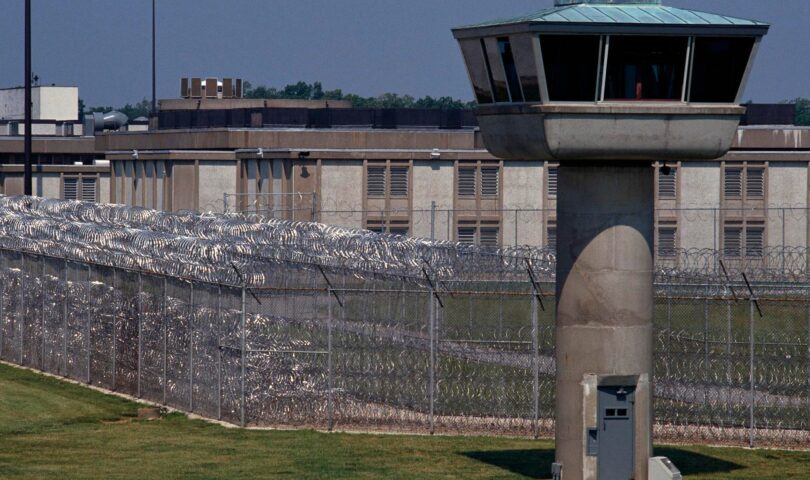 A nationwide lockdown of the federal prison system remained in effect Tuesday after two inmates were killed Monday during a gang fight at a penitentiary in Texas, officials said.

Multiple inmates were involved in an altercation at U.S. Penitentiary Beaumont in Texas about 11:30 a.m., according to the Bureau of Prisons. Four were taken to the hospital, the agency said.

Two of them, identified as Guillermo Riojas, 54, and Andrew Pineda, 34, were pronounced dead by hospital staff.

According to a senior law enforcement official, the lockdown went into effect at all of the nation’s 122 federal prisons out of fears that the violence could spread to other prisons.

A text alert went out to bureau staff, saying: “The Lock-down was initiated out of an abundance of caution due to current events that occurred at another facility. This order is to ensure the safety and security of all staff and inmates.”

The bureau secured “facilities as a temporary measure to ensure the good order of our institutions,” spokesman Emery Nelson said in an email, adding that the measure was expected to be “short-lived.”

“For safety and security reasons, the BOP does not elaborate on specific security procedures,” Nelson said.

During a nationwide lockdown, there is almost no movement allowed whatsoever by inmates. It tends to strain the bureau workforce because staff has to bring inmates their food and handle other issues that the inmates would normally be able to do on their own depending on each facility’s level of security.

Nationwide lockdowns almost never happen. During the last several years, the measure has been used more often. It was used when the federal prison system was hit hard by Covid-19 in 2020, after the Capitol riot in 2021 and weeks before President Biden’s inauguration.

Riojas was sentenced in a Fresno, California for carjacking, using a gun during crimes of violence, and interference with interstate commerce, the bureau said. He was serving a 38-year sentence and had been at Beaumont since 2013.

Pineda was sentenced in Los Angeles for corruption under the RICO statute as part of a major federal strike aimed at the Mexican Mafia prison gang in the late 2010s.

Pineda was serving a six-year sentence and had been at the facility for just under a year, the bureau said.

Amid the possibility of further violence, Nelson said the bureau was being vigilant.

“The BOP will continue to monitor events carefully and will adjust its operations accordingly as the situation evolves,” he said.

Beaumont is a high-security facility that houses 1,372 inmates.