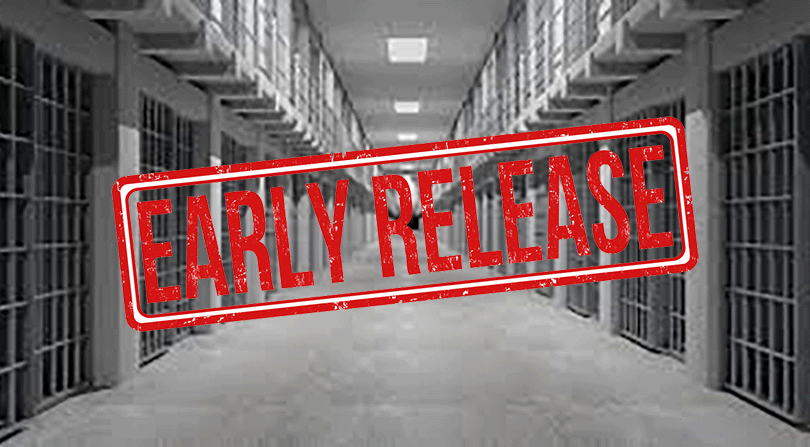 A bipartisan package of bills could see the state chip away at its Truth in Sentencing laws by offering inmates the ability to seek an earlier release or parole date through earning what is being referred to as productivity credits.

Michigan currently uses mandatory minimum sentencing, meaning that if an individual receives three to five years for a crime, they will – at the very least – serve three years in prison. There is some appetite to change those laws, though any changes could be tough to move due to Republicans holding tight to both the House and Senate.

That still hasn’t stopped a group of Republicans and one Democratic lawmaker from introducing what they are referring to as the Safer Michigan Act, which would promote education in the state’s correctional facilities in return for inmates possibly seeing their time served reduced.

The package came up before the House Rules and Competitiveness Committee on Thursday.

HB 4670, introduced by Rep. Bronna Kahle, is the main bill of the package and would allow certain prisoners to earn productivity credits toward time that must be deducted from their sentence in determining their parole eligibility and discharge dates.

Credits could be earned through participation in, and subsequent completion of, educational and vocational programs, as well as through other programs recommended by the Department of Corrections. They can also come from completion of a high school diploma, high school equivalency certificate or higher education degree.

The rest of the bills – introduced by Rep. Tyrone Carter, Rep. Bryan Posthumus and Rep. Julie Calley – would amend the Corrections Code, the Code of Criminal Procedure and the William Van Regenmorter Crime Victim’s Rights Act to allow for these new credits to exist.

Under HB 4673, victims must be notified if their offender is eligible to receive productivity credits toward their sentence.

“I’m a proud champion of this bill package and introduced the bills during National Crime Victim’s Rights Week last spring because I believe this package will live up to its name in making our state safer,” she said. “Victims of crimes are among the strongest supporters of this legislation. … The Safer Michigan Act aims to improve public safety and reduce the number of future crime victims in Michigan.”

Not all would be eligible for productivity credits under the bills. Current inmates would not be able to earn early release. Credits also would not apply to a person who is not parole eligible or who had been convicted of a registerable sex offense, murder or human trafficking.

Eligible prisoners would also only be able to earn a limited amount of time to parole eligibility – not more than two years or 20 percent of their overall sentence, whichever is less.

“This bill is designed to invest our tax dollars into proven strategies that do reduce recidivism, that do address the needs of current victims, that do reduce the number of victims going forward, that bolster our workforce … and that support our economy,” Ms. Kahle said, noting about 35 other states plus the federal government already employ some sort of good time credit opportunities.

Mr. Carter, who previously served with the Wayne County Sheriff’s Office prior to his becoming a lawmaker, said he the credits would not only benefit inmates but correctional officers as well.

During his tenure with the sheriff’s department, he said he noticed a predominance of inmates were illiterate or semi-literate. It’s that lack of education, Mr. Carter said, that leads people to be more prone to continuing to reoffend, as they are unable to obtain a career between their educational disadvantage and criminal history.

He posited the question of what kind of person Michiganders would want to see released from prisons and back into the general public – someone who did nothing with their incarceration or “someone who set goals, developed a plan for their release date and has the skills to return to their community, ready and willing to work?”

“If we have incentives for good behavior, rather than good time – because good time, to me, was like a participation trophy. If you don’t mess up, we’ll give you good time. These (bills) are more intentional,” Mr. Carter said. “The primary responsibility of our public safety system is to build safe communities and ensure just outcomes, not just hand out long prison sentences.”

In comments from the panel, Rep. Tim Sneller questioned if there was data to support that educational access equaled lower chances of recidivism. Both Ms. Kahle and Mr. Carter emphatically answered yes, with Mr. Carter saying the use of productivity credits is proactive toward addressing reoffending rather than reactive, which is how the system works currently.

The package, however, did see some pushback during testimony.

Elinor Jordan, an attorney with the statewide nonprofit Coalition to End Domestic and Sexual Violence, said her organization opposed the entirety of the package as it believed the bills did not give adequate consideration for victims and their rights.

“The coalition supports reforms that are designed to address injustices across and within our societal systems, which we recognize are significant,” Ms. Jordan said. “However, to truly achieve justice, such reforms must respect and honor victims who do choose to seek safety for themselves and accountability for the person who harmed them through our existing justice systems. … These bills will exacerbate survivor suffering as written.”

She added that the current Truth in Sentencing system Michigan as employed gives crime survivors the assurance that if a judge says their aggressor is going away for a set period, it really means that person will be in prison the minimum time.

Ms. Jordan also seemed to suggest that any amount of time off sentences would be a non-starter for many victim advocacy groups.

The Michigan Association of Chiefs of Police also opposed the bills, as did an overwhelming number of prosecuting attorneys and sheriffs throughout the state.

The Department of Attorney General also does not support the package, though did not have anyone speak to the legislation.

In support were officials with the Crime Survivors for Safety and Justice, the West Michigan Policy Forum, the Alliance for Safety and Justice, Citizens for Prison Reform, the Mackinac Center for Public Policy and the Detroit Chamber of Commerce, as well as two now-retired corrections directors, Gary Maynard and Gary Mohr. A slew of chambers of commerce also supported the legislation.

“As Michigan businesses work to build sustained economic growth, innovative solutions are needed to ensure a broad-based recovery,” Detroit Chamber of Commerce Chief Executive Officer Sandy Baruah said in a statement. “The Safer Michigan Act not only prioritizes making us safer, but also bolsters our economy and workforce by preparing people who will return from incarceration to communities to become productive members of society once they’re released.”

Aside from the impact these bills would have on victims and inmates, the package would also have an indeterminate fiscal impact on the state, an analysis said.

Under the bills, prisoners convicted of qualifying offenses who participate in core, educational, vocational or certain behavioral programming during their incarceration would receive productivity credits, with bonus productivity credits available for program participation and successful completion.

The House Fiscal Agency anticipated the plan would result in a reduced prison population and a subsequent savings for the state. The amount of actual savings, however, would depend on several factors, including:

It is not possible to estimate these specific figures, HFA officials said. Program availability and length of stay would be primary factors in a prisoner’s ability to earn productivity and bonus productivity credits. The HFA estimated, however, that if every prisoner participated in and successfully completed one program during their incarceration, anywhere between 1,500 and 2,200 beds could be reduced from MDOC facilities.

In the 2020 fiscal year, it cost the state roughly $42,200 to incarcerate a single prisoner. That does include various fixed and administrative operational costs. Should the legislation truly reduce the number of beds the HFA speculates it could, that would result in savings of roughly $84.4 million in various fixed, administrative and operational costs – or roughly $70 million in marginal costs.

However, as the bills would not apply to those currently incarcerated, the agency suggests it could take as long as five years to see this level of savings for the state.