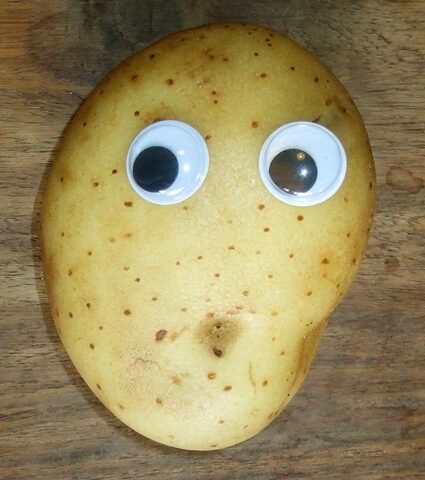 I remember as if yesterday the conversation I had with my then-husband in 1972. It was a Saturday morning and we were preparing breakfast in the kitchen of our home on Rosemont Street in Detroit. My words went something like this: “Since cancer affects so many people, the cause must be traced to something we all have in common: Food.” As usual, Chuck shook his head and laughed at another one of my outlandish ideas.

Fast forward to today. The latest news flash is the nitrates in bacon and sausage will kill you. Hotdogs are stuffed with human DNA. Consume bologna and all other deli meats only if your Last Will and Testament is signed and witnessed. Canned products are fine except they’re processed in cans with a seam welded with lead or the cans are lined with a plastic containing BPA, a toxic chemical that leaches into the food. Butter substitutes are loaded with hexane and other poisonous solvents. Go ahead and enjoy microwave popcorn if you don’t mind PFOAs from the bag disrupting your endocrine system.

With all the bad news about our chow, what’s the ordinary person supposed to eat? Fresh fruits and vegetables are doused with pesticides. Soybeans, once thought to be a miracle food, are so genetically engineered studies show they may induce autism. We’ve known for a long time that artificial sweeteners are lethal. Maybe we didn’t know why. Research suggests it’s the traces of methanol formed in aspartame when metabolized.

Every day there’s a new food scare. If it isn’t bacon, it’s eggs. If it isn’t potatoes, it’s gravy. If it isn’t bread, it’s butter. I used to say the only thing that won’t kill you is sugar, but sugar beets have undergone genetic modification so I guess they’re no good either. Cane sugar is okay and coconut sugar is terrific if you can afford $5.00 for three cups.

A few years ago coffee got a bum rap. Then the food patrol took a swing at cow’s milk, and after hearing about mad cow disease the thrill of consuming a Big Mac temporarily fizzled. Fish are proclaimed full of mercury. Cheese will clog your arteries as well as your intestines. Empty calorie snacks add nothing to your body but pounds. Eat enough fast food and you’ll land in the nearest morgue. Eat nothing at all and you’ll get there even faster.

Now I’ll rant about bottled water. A long time ago some of us oldsters probably realized the bottled water revolution was here to stay. Initially there might have been a certain amount of head scratching as we saw everyone clutching a bottle of Dasani as if the idea of drinking water was something new. But eventually country folks like me came to our senses and realized we were outdated and outnumbered. We decided to fall in step with younger generations. We turned our back on the questionable liquid flowing from our kitchen tap. After all, if it came from the well in our backyard, it was very likely undrinkable.

The fact we had been drinking it for years with no apparent ill effects was irrelevant. Almost overnight it became unthinkable to drink water unless it was purchased from a store. The stuff a few steps from our kitchen door was undoubtedly toxic. We recalled the strange facial twitch Uncle Oscar had developed. Even renowned doctors at Mayo Clinic wouldn’t venture a guess as to what had caused the twitch. It was the same with Cousin Maggie. At an early age, she acquired an incurable tongue affliction that often landed her in hot water. It took half a century, but finally the answer became crystal clear. The culprit was all that nasty well water she had consumed. It had taken a perfectly lovely little girl and turned her into a gossipy, nosy, know-it-all monger.

The more we thought about the weird habits, mannerisms, and rituals of the folks we knew, the more convinced we became the common thread was well water. There was no other logical explanation. Why, just look at me. I’m a perfect example of what can happen to a sensible older woman when she rejects bottled water in favor of what’s resting in the ground beneath her home. Nobody in their right mind would begin a new career in old age. I don’t care what statistics say. With age 75 a few months away, I’m experiencing dotage. Instead of relaxing in my favorite chair and reading Prevention magazine, I’m pounding these keys like a maniac. Who do I think I am?

Well, I’ll tell you. I’m the victim of nitrates and well water. They’ve driven me to this computer and forced me to write about all kinds of things. It’s not my fault. If I had any sense I’d run to Walmart and buy a pound of soy bacon and a 24 pack of purified water. Of course I know “purified” means the water was drawn from a major municipality. In other words, it’s treated toilet water, but that’s irrelevant. For the first time in my life I’d be in step with the rest of society. Drinking bottled waste water might well be worth the risk.

As for soy bacon, I’ll continue taking my chances with Hormel. Bacon and pepperoni are the only meat products I consume because they bear no resemblance to the animals from which they sprang.

Sharon’s weekly newspaper columns can be found in the Sault News and the Cheboygan Tribune. Her latest book The SideRoad Kids: Tales from Chippewa County can be purchased directly from her or from Island Books & Crafts in Sault Ste. Marie or from Amazon. Email her at sharonkennedy1947@gmail.com.