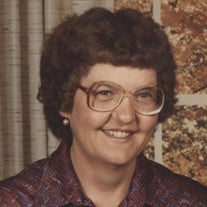 Pat grew up in Manchester, New Hampshire where she graduated from Central High School in 1950. After high school, she worked at a textile mill until she met Ivan Sherlund who was on leave from the United States Navy. They were married on October 22, 1951, in Manchester. When Ivan completed his service in the Navy, they moved to Cedarville, Michigan where they raised their family.

Pat was a member of the Church of the Nazarene in Madison Heights, Michigan.