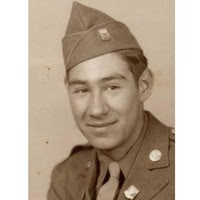 George was born on May 31, 1927, in Flint, Michigan to the late John and Isabella (LeBlanc) Bowen. George served his country in the United States Army during WWII as Medic stationed in Guam. He drove as ambulance to and from the airfields and was discharged as a sergeant.  He had worked as a merchant marine and a commercial fisherman, but his heart was in his artwork.  He was a well-known artist who had paintings all over the United States and around the world.  He was a hunter and gatherer, who loved being in nature.  He also loved music and played the guitar.  George was a member of the BMIC.

George was preceded in death by his parents; a daughter: Mindy Sebastian; two grandchildren; two sisters and six brothers.