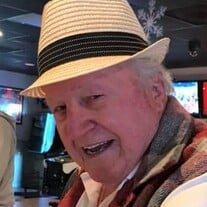 Charles grew up as a son of an autoworker and his wife and was one of four children. He was self-employed early in life and owned several Standard Oil Stations in the Detroit area before he bought two in Mackinaw City, Michigan and began selling used cars. He eventually sold off most of it and ran his service garage and car lot out of Indian River, Michigan until finally selling that and retiring. He has since been spending winters in Winter Haven, Florida, and summers at the family home in St. Ignace. He enjoyed spending time on his beach on Lake Michigan and spending time with his longtime companion, Delores Bosley of St. Ignace. Family was very important to him. He will be deeply missed.

No Services are planned at this time.