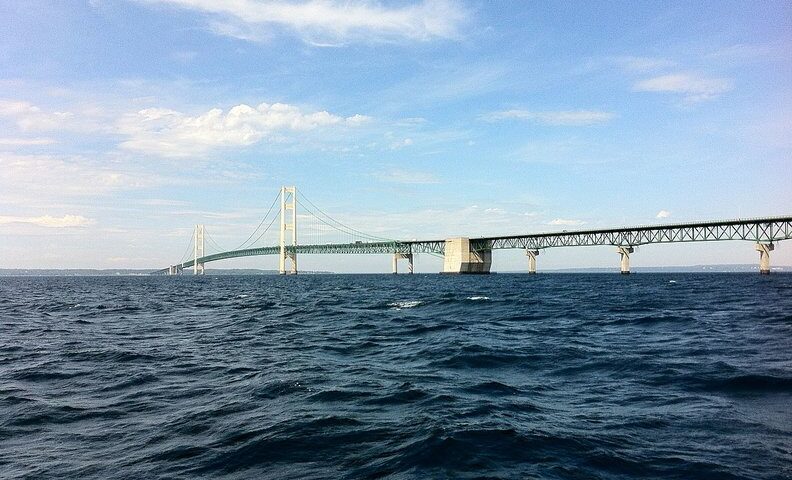 Canada invoked a treaty with the United States and asked a judge Monday to suspend litigation over Michigan’s effort to shut down a Great Lakes oil pipeline.

Canadian Foreign Minister Marc Garneau made clear that his government is backing Enbridge, the Calgary-based company that operates Line 5.

Canada said it requested negotiations with the U.S. about the pipeline. It cited a provision in a 1977 treaty that says no public authority in either country can take steps to interfere with the flow of hydrocarbons.

“For more than 65 years, Line 5 has been the safest way to transport Canadian hydrocarbons from western Canada to central Canada, helping provide energy that is essential for heating homes and powering Canada’s economy,” Garneau said.

A section of the pipeline runs on the bottom of the Straits of Mackinac, which connects lakes Huron and Michigan at the top of Michigan’s Lower Peninsula. Gov. Gretchen Whitmer and Attorney General Dana Nessel, both Democrats, say Line 5 is a grave threat to the Great Lakes and should be closed to prevent spills.

In U.S. District Court in the Western District of Michigan, an attorney representing Canada said the treaty’s dispute settlement process must trigger a pause in any litigation.

Whitmer said she was disappointed by Canada’s decision to invoke the treaty.

“Rather than taking steps to diversify energy supply and ensure resilience, Canada has channeled its efforts into defending an oil company with an abysmal environmental track record,” Whitmer said, noting an Enbridge pipeline rupture into a southwestern Michigan river in 2010.

A mediator had been working with Michigan and Enbridge to try to reach a settlement about Line 5, but the talks ended Sept. 9 without an agreement.

“We greatly appreciate the efforts of ‘Team Canada,’ from the government of Canada to the provinces of Ontario, Quebec, Alberta and Saskatchewan, for their commitments and efforts to keep Line 5 open,” Enbridge said Monday.

Before Whitmer took office in 2019, Enbridge had reached a deal with Republican Gov. Rick Snyder to protect the pipeline by building a tunnel by 2024.