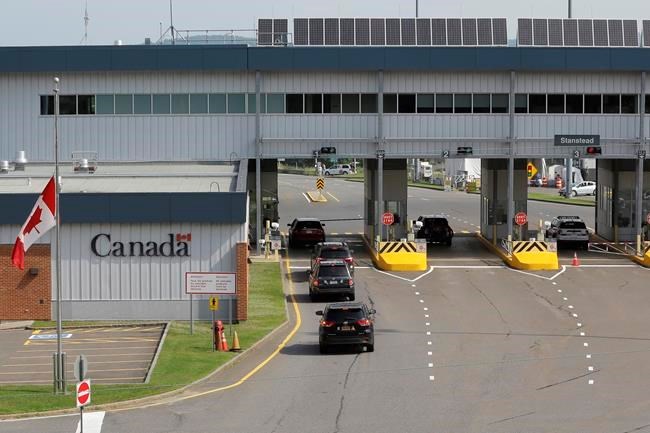 WASHINGTON — The head of the Centers for Disease Control and Prevention says the U.S. told Americans to “reconsider travel” to Canada mainly for the benefit of those not yet vaccinated against COVID-19.

Dr. Rochelle Walensky says State Department travel advisories are typically based on regular assessments of a destination’s testing capacity, as well as the growth rate of new cases.

But Walensky also says that people who are fully vaccinated and willing to wear face masks are OK to travel, provided they take into account the potential risks in the host country.

Monday’s new Level 3 travel advisory marked a quick end to a three-week period when the State Department’s warning to would-be travellers to Canada was at Level 2, or “exercise increased caution.”

That move to Level 2 coincided with Canada’s decision earlier in August to allow fully vaccinated U.S. citizens and permanent residents back into the country.

Only about 61 per cent of eligible Americans are fully vaccinated, compared with nearly 75 per cent of Canadians age 12 and over.

The U.S., meanwhile, is maintaining its existing restrictions on non-essential Canadian travellers until at least Sept. 21, citing the ongoing spread of the Delta variant of COVID-19.

“We receive travel health notices and check and typically watch those daily; those look at testing capacity as well as case rates and we update our travel guidance by country in real time,” Walensky told a COVID-19 task force briefing Tuesday.

“People who are fully vaccinated and who are wearing masks can travel, although given where we are with disease transmission right now, we would say that people need to take these risks into their own consideration.”

People who are unvaccinated should avoid travel altogether, she added.

The latest seven-day average for confirmed COVID-19 hospitalizations was up 5.7 per cent over the previous weeklong period, the CDC says, with the vast majority of new cases being among the unvaccinated.

“Nationally, new admissions of patients with confirmed COVID-19 are currently at their highest levels since the start of the pandemic for all age groups under 50 years old,” the agency says.

The White House says some six million Americans got a shot last week, the largest weekly total since early July, with some 14 million people getting a first dose in August. The average number of shots each day is now 80 per cent higher than it was last month.

Asked about the travel advisory Tuesday, Prime Minister Justin Trudeau repeated his message that the single best defence against the virus is vaccination, which is why Canada has reopened its border to Americans who have had a full course of an approved vaccine.

“We will continue to make our decisions around how to keep Canadians safe, and other countries will make the recommendations they need to keep their citizens safe,” Trudeau said while on the campaign trail as Liberal party leader.

“I know that the way through this is to continue to lean heavily and hard on vaccinations.”