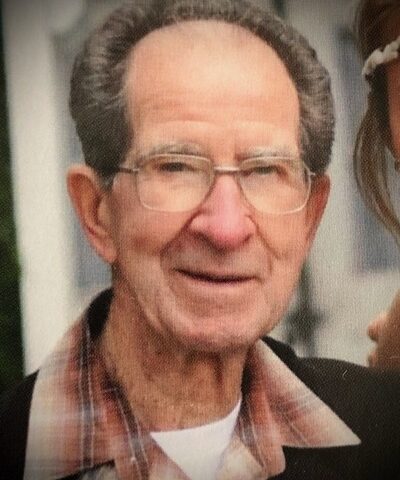 Russel Ira Curtis, 91, of Dafter passed gently into the arms of his Lord Tuesday morning, August 31, 2021, at the home of his daughter and son-in-law, Lillian and Herb Gordon of Kinross, MI.

Russel is a US Army veteran and was stationed in Germany in the early 1950s during the Korean war.  He worked as a carpenter by trade most of his adult life and also helped many of his friends and family with building and maintaining their homes. He loved the outdoors and taught his kids to hunt and fish and love nature. He passed this passion on to his kids and grandkids. His presence will always be felt when we spot a deer, hunt for partridge, or catch a fish.

Russel and Barbara were great supporters and the biggest fans for their kids. They were present at any event their kids and grandkids participated in.  He was an avid Red Wings hockey fan and rarely missed a game on TV.

Russel was very good-natured and had a great sense of humor. He was always cheerful, making the room feel light and full at the same time. Even until the last day of his life, he was someone you wanted to be around.

We are so blessed to have had a Dad, Grandpa, Uncle, and Brother like him. He will be missed. A funeral service will be held at 2:00 PM on Saturday, September 4, 2021, at C.S. Mulder Funeral Home with Pastor Rod Case officiating.  Friends may call at the funeral home that same day starting at 12:00 noon.  Burial will be at Donaldson Cemetery.