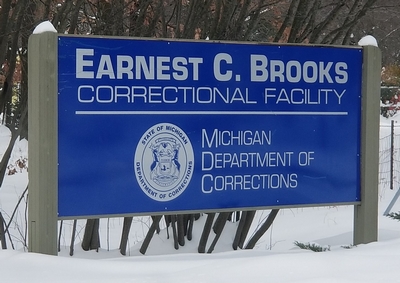 A man killed by other inmates at a western Michigan prison had been locked up since 2017 for convictions in Chippewa County in the Upper Peninsula, records show. In 2017, he had led State Troopers on a chase and rammed his car into aa Trooper’s car.

The Corrections Department identified him as Joshua Stead.

Stead, 40, was killed Saturday when two men at the Brooks Prison in Muskegon attacked him with a weapon and walked out of his cell less than a minute later, the Corrections Department said.

“At the time of the attack, prisoners were free to move about, go to the dayroom, the yard, et cetera. Some stay in the cells and close the door,” spokesman Chris Gautz said Tuesday. “In this case, with this cell, the door was open and Stead was inside the cell.”

He said state police were investigating. The attackers have been transferred to a maximum-security prison.

In 2017, Stead pleaded no contest to assault and fleeing from a police officer. He had previous convictions in Genesee, Antrim, and Grand Traverse counties, online records show.