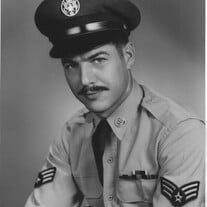 Henry married Marlene (Payment) Anderson on July 18, 1964. Henry was a Korea and Vietnam Era Veteran who served over 20 years in the U.S. Air Force and retired January 31, 1974 from Kincheloe Air Force Base, Michigan. He owned and operated Anderson Pest Control in Kinross, Michigan serving Sault Ste. Marie and surrounding area for over 35 years.

In lieu of flowers the family requests donations be made to help defer funeral expenses. Donations can be mailed to P.O. Box 20 Kinross, MI 49752.