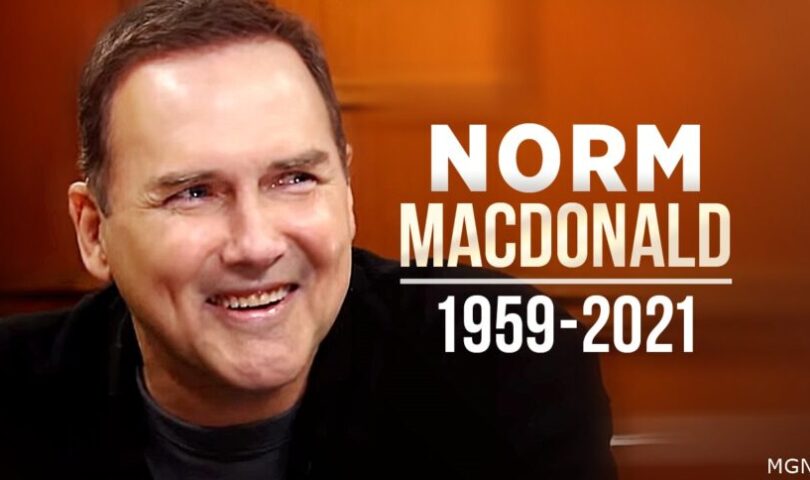 Comedian and writer Norm Macdonald, best known for his years on Saturday Night Live and his time behind the show’s Weekend Update anchor desk, has passed away, according to his management firm, Brillstein Entertainment. The actor, who had quietly been battling cancer for nine years, was 61 years old. His longtime producing partner and friend Lori Jo Hoekstra was by his side at the time of his death. Cutting and snarky, was an SNL cast member from 1993 to 1998, and during that time quickly became many fans’ all-time favorite Weekend Update host, eclipsing the likes of comedy legend Chevy Chase and late night staple Colin Quinn.

The Canadian-born comic is one of Saturday Night Live’s most influential alumni in the world of comedy, briefly starring in his own sitcom and becoming a staple on late-night shows that gave him a chance to bounce off icons like David Letterman and Conan O’Brien. Deadline broke the news of his passing, noting that Macdonald had chosen to keep his health struggles unknown to friends and fans over the course of his nearly decade-long ailment.

“He was most proud of his comedy,” Hoekstra said in a statement. “He never wanted the diagnosis to affect the way the audience or any of his loved ones saw him. Norm was a pure comic. He once wrote that ‘a joke should catch someone by surprise, it should never pander.’ He certainly never pandered. Norm will be missed terribly.”

That notion — that he never pandered — will be part of his comic legacy, for sure. Macdonald has claimed that his departure from Saturday Night Live came at the behest of Don Ohlmeyer, president of NBC’s West Coast division at the time. Macdonald had refused to treat O.J. Simpson with kid gloves during and after his trial for murder, and that reportedly infuriated Ohlmeyer, who was friends with Simpson.

“I was a huge fan of Norm Macdonald and I essentially ripped off his delivery when I first started acting,” actor and producer Seth Rogen said in response to the news. “I would stay up specifically to watch him on talk shows. He was the funniest guest of all time. We lost a comedy giant today.”

After leaving Saturday Night Live in 1998, Macdonald starred in his own comedy series, The Norm Show, from 1999 to 2001. One of his personal career highlights, as related in a 2016 interview with The Howard Stern Show, was serving as the last-ever comedian to appear on The Late Show With David Letterman.