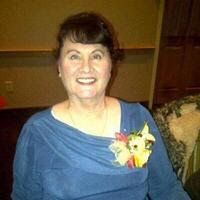 Bert was born on February 27, 1948, in St. Ignace, MI to the late Jacob and Isobel (Clement) Sheber. She was a graduate of La Salle High School with the class of 1966.  Later in life, she attended LSSU earning an associate degree in Criminal Justice. While working as a bartender at the Holiday Inn in Dafter, she met her husband Gerald A Smith and on March 16, 1968, they were married at St. Joseph Catholic Church. Bert retired in 2012 from the Kinross Correctional Facility, after 20+ years of service. She enjoyed being in the great outdoors, digging in the dirt, planting a variety of flowers and vegetables in her yard. She also enjoyed spending time at the casino playing the slots.  Bert made every event special, from holidays to birthdays, attending her kids’ and grandkids’ games, concerts, and recitals  She lived for her family, always putting first and before herself without fail. Her loving, generous spirit will remain ever present and remembered in the hearts and lives of her family and friends. She was honest and forthright, while still being in tune with the feelings of those she loved.  Nothing mattered more to her than her family.

Bertha was preceded in death by her parents, her husband, and three siblings: Edward Sheber, Lenore Murray, and Isobel Flietstra

A visitation will be held on Thursday, September 16, 2021, at C.S. Mulder Funeral home from 5 PM until 9 PM. A memorial Mass will be held at 11:00 AM on September 17, 2021, at St Joseph Catholic Church with Father Michael Chenier as celebrant.

In lieu of flowers, memorials may be left to St. Jude’s Children’s Hospital.