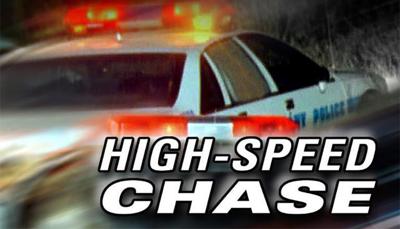 MACKINAW CITY, MI – A high-speed police chase that started in Mackinaw City ended more than 40 miles away and on the other side of the Mackinac Bridge early Sunday, Aug. 22, police said.

The suspect in the chase, a 27-year-old male from Sacramento, Calif., was allegedly driving a stolen vehicle, under the influence of drugs, and in possession of drugs, according to a news release from the Mackinac City Police Department. The list of charges against him includes “failure to pay toll,” related to busting through a Mackinac Bridge toll booth amid the chase.

Around 2 a.m. Sunday, an officer attempted to conduct a traffic stop for a vehicle traveling above the speed limit on the Mackinac Bridge, police said. However, when emergency lights were activated on the patrol car, the suspect allegedly sped up. The suspect vehicle allegedly burst through the toll booth at the north end of the bridge and continued north on I-75.

The high-speed pursuit continued north through Mackinac County and into Chippewa County before stop sticks were used to disable the suspect vehicle, police said. The vehicle eventually slowed down, left the roadway and went into a ditch. The suspect then allegedly continued his flight on foot into the woods. He was then found and taken into custody.

After he was apprehended, the suspect lost consciousness, allegedly overdosing on a medication or narcotic, police said. Narcan was administered and the suspect was transported by ambulance to War Memorial Hospital.

Further investigation allegedly found narcotics in the suspect vehicle, police said. Officers also discovered that the vehicle had been reported stolen out of California.

The suspect is lodged in the Cheboygan County Jail, police said. He is charged with unlawful driving away of an automobile, fleeing and eluding, resisting and obstructing, operating while under the influence of drugs, possession of marijuana and failing to pay toll. His name has not been released pending arraignment.