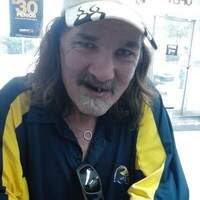 Ronald was born on July 22, 1965, in Sault Ste. Marie, MI to the late Warren Bebee and Gloria (Libby) Warner.  Ronald enjoyed his time, with the Salvation Army. He also enjoyed bike rides, his handheld solitaire, music, I-500 races, collecting antiques, and spending time with his grandbabies. Ronald was a diehard Michigan Fan. Ronald loved his daughters dearly.

Ronald is also survived by his siblings: Rodney and Terry.

Ronald was preceded in death by his parents and sister: Irene.

A funeral service will be held at 12:00 PM on Monday, August 16, 2021, at C.S. Mulder Funeral Home with Pastor Rudy Hyvarinen officiating. Friends may call at the funeral home from 10:00 AM until the time of the service.