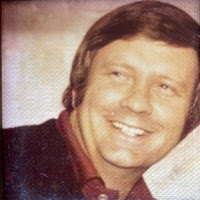 Roger was born in Los Angeles, CA in 1936 to Robert Curry Land and Violet Ethel Sams Land. He spent his youth in California and Alabama.

Roger began tap dancing at an early age, leading a dance troupe that performed at special events across the state of California. Throughout his life it was common to see Roger doing small tap dance moves during downtime, like waiting for a table at a restaurant or for the family to be ready to leave the house together.

Roger was drafted into the Army in 1959 and served honorably for two years in Schwetzingen, Germany. Upon his discharge in 1961 Roger met his first wife, Pamela Devenish Land, in California. They were married in November 1963. Together they had 5 children before they divorced in 1993.

Roger spent many years as a firefighter and served for a period as Fire Chief of Weber County, UT. Roger was proud of his service and he would regale his family and friends with incredible stories of his time in the department. Upon leaving the fire department, Roger went into industrial safety and security, holding positions throughout the United States and overseas.

Roger met his love and companion Lorraine Mavis Edey Land (formerly of Liverpool, England) in 1994 when they were both working overseas in Saudi Arabia. They married in 1995 upon returning to the states. Together they had one daughter and 26 beautiful years of marriage until his death. Roger was completely enamored of Lorraine and she was his loving and steadfast companion throughout all of their years together. Their love is an inspiration to their children, family and friends.

In 1996, Roger and Lorraine relocated to Sault Ste Marie, Michigan, where Roger accepted a position as Professor of Fire Science at Lake Superior State University. Roger had always dreamed of being “Professor Land” and he loved teaching at LSSU. He was a beloved professor – known for his humor, depth of knowledge, and charisma in the classroom (occasionally rewarding his students with a performance of the “Hambone”). Along with his colleagues Terry Heyns and Jim Schaefer, Roger was responsible for the education and training of many current members of the Soo Fire Department. Roger remained at LSSU until his retirement in 2015.

Roger was an avid and accomplished golfer, spending many hours on the links at the Tanglewood Marsh Golf Course near his home. He was a voracious reader who was known to frighten and confuse many a suitor coming to pick up his daughters with the stern inquiry, “So, do you read Michener?” (For the record, not a single one ever did, in fact, read Michener.) He wrote poetry under the pen name F.W. Spear and he painted beautiful, colorful modern pieces that he signed R. Dnal.

Perhaps above all else, Roger’s gift was as a storyteller. He was a showman. His children would ask him to tell the same stories over and over again, just for the pleasure of hearing it – the way he would tell it. We will miss hearing about his time in the army; his terrible-but-still-somehow-hilarious bouts with kidney stones; the antics of his teenage years; his years in the fire department; his time overseas. But also just his everyday life. He could make absolutely anything into the most interesting story you’ve ever heard, and we were the ones lucky enough to have a front-row seat for the show.

Roger’s life was a powerful example of hard work, resilience and perseverance. He led by example, he instilled in his children and students and colleagues a love of education, the drive to continue on against all adversity, and the unassailable knowledge that a good laugh makes just about anything bearable.

Roger was a force, a powerful presence in any room. It is a cliche to say that someone was larger than life, but in this case it was absolutely, completely, utterly, inarguably true. As a consummate entertainer, he truly understood the concept of leaving them wanting more. And that, he did.

A celebration of life will be held at a future date. Anyone wishing to send a gift in Roger’s memory is invited by the family to consider a donation to The Merlin Home and/or Hospice House of the EUP.