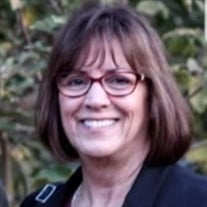 Mary grew up on Drummond Island and graduated Valedictorian from DeTour High School with the class of 1967. She attended Michigan State University for a year before marrying James Bailey in December 1968. They lived in Germany for a year while James was with the US Army. After settling back on Drummond Island in 1970 and having their family, Mary began working as the driver of Special Education Transportation for DeTour Area Schools. In the early 1980’s, Mary moved to Sault Ste. Marie where she met Ed Jacques. They married on February 29, 1992, in Las Vegas, Nevada. She worked as the bookkeeper for Ed Jacques Construction for several years, as a driver for MetPath, and as an accounting bookkeeper at Gillett Halvorsen & Leonhardt for over 20 years. Most recently she was bookkeeper for Nomad Construction until her retirement in 2020.

While living on Drummond Island Mary was a volunteer EMT for the Ambulance Corps and a member of the Drummond Island Homemakers Club. Mary was an avid reader, loved shopping and eating out, especially in Traverse City, and attended as many of her children’s and grandchildren’s sporting events as she possibly could. Anytime she was invited to participate in any excursions, whether to zoos, parks, ski hills, or tubing on the lake she would enthusiastically take part, earning her the tile of “fun aunt” from her great nieces and nephew.

Funeral Service will be Friday, August 27, 2021, at 2:00 pm at the Lighthouse Christian Church on Drummond Island. There will be a luncheon at the Drummond Township Hall following the service.

Interment at the Drummond Cemetery will be at a later date.

Condolences may be sent to the family at www.Galerfuneralhomes.com