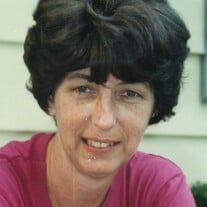 Judi grew up in Moran, Michigan, where she went to Rabbit’s Back School up until 7th grade. She then attended Rudyard High School. She met Albert “Allie” Baker while she was working at Northland Manor in Cedarville. They married May 2, 1961, in Wildwood Florida. Together they built a wonderful family and business where she was a homemaker and bookkeeper.

Judi is preceded in death by her father, Orville Smelts, her mother, Ione Smelts, her stepmother, Marjorie Smelts, and her brother, John Smelts.

Per Judi’s wishes, a private burial ceremony will be held for the immediate family.

Memorial Contributions may be given to the Les Cheneaux Auxiliary, P.O. Box 453, Hessel, MI 49745, with proceeds benefitting the Clark Township Ambulance Corps.