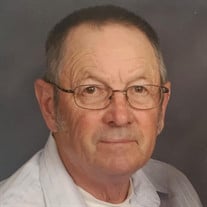 Joe grew up in Athens, Michigan and graduated from Athens High School in 1964. He joined the United States Air Force and served from November 10, 1965 and was the B-52 mechanic at the Kincheloe Base until his discharge in February 1969. He then began working at US Steel Quarry in Cedarville, Michigan. He met Nancy L. Hill and they married on November 23, 1973, at the Pickford Methodist Church with Reverend Beamer. They began their family raising four children, while Joe worked at the quarry for thirty-eight and a half years before his retirement in December 2006. Not slowing down after his retirement Joe stayed very busy with his grandchildren and camping trips to Bodi Lake, where he visited every year since he was five years old.

Joe is preceded in death by his parents and many aunts and uncles.

Interment will be at the Rockview Cemetery, in Pickford, Michigan, will be at a later date with the family.