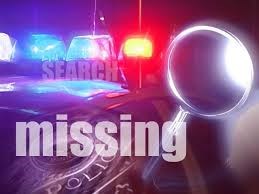 40-year-old Brett Harriman’s capsized kayak was found approximately a half mile north of Partridge Island. He is still unaccounted for.

Officers from the Marquette Police Department are requesting the public’s helping in finding 40-year-old Brett Russell Harriman, of Marquette.

On Wednesday, July 21, between 12:30 p.m. and 2:00 p.m., Harriman, went into Lake Superior off Presque Isle near the pavilion with a kayak. Officers checked the shoreline, and nearby islands for him, but he was not found.

Harriman’s capsized kayak was later found approximately a half mile north of Partridge Island. The kayak was recovered and brought to shore.

A search for Harriman will continue with the assistance of the Marquette County Sheriff’s Office Marine Operations and the Michigan Department of Natural Resources.

If anyone has any additional information, please contact the Marquette Police Department at 906-228-0400.

The Marquette Police were assisted in the initial search by the Michigan DNR Great Lakes Enforcement Unit, the Michigan State Police and the United States Coast Guard.

This is a developing story and will be updated as more information becomes available.