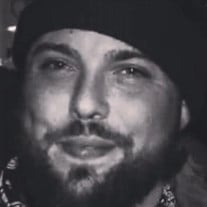 Johnny grew up in Rhode Island where he made many lifelong friends. He moved to Michigan in 2020 to be near his brothers. Johnny was an avid rollerblader, a budding photographer, and a source of joy to all he encountered.

Johnny is survived by his mother, Pamela (Ehn) Mastroianni and his stepfather, Joseph Mastroianni of Winter Haven, Florida; his brothers, Gregory Webb II and Brian Webb of Gould City; his grandparents, Philip and Kay Ehn of South Lyon; uncles, Bill (Alice) Ehn, Gary Ehn, and Doug (Denise) Webb; as well as his fiancé, Maria Munroe and her children, Salem, Marcus, Madeline, and Liam of Manistique.